Although June is officially Pride month, Pride events the world over continue throughout the summer, giving endless amounts of people along the sexual orientation spectrum an opportunity to embrace their sexuality.

Inevitably, for those not so familiar with the community or the language it uses, this period can bring up more questions than answers. Wrapping your head around LGBT+ terms takes some effort, if only because the vocabulary shifts and expands often, making more room for even greater variations of sexual and gender identity.

Here, we've pulled from the glossaries of BeLonGTo, the LGBT+ youth organisation, and the Trans Equality Network of Ireland (TENI) to create a basic guide to the terms and phrases you might hear more of in the upcoming weeks.

As always, it is worth acknowledging that the best way to understand someone's sexual orientation or gender identity is to ask them politely and with openness, as each person will be different.

Androgynous or androgyne: A person whose gender identity is either both male and female or neither male or female. The way they express this can be a mix of male and female.

Cisgender: Someone who is not transgender or non-binary.

Cissexism: This is the assumption that a cisgender identity is more authentic or natural than a trans identity. A derogatory assumption, this can be expressed by suggesting that a trans woman is 'really a man' or a trans man is 'really a woman’.

Gay: Someone who is mainly attracted to people of the same gender.

Gender Expression: How we show our gender through our clothing, hair, behaviour, etc.

Gender Identity: Refers to a person's deeply-felt identification as male, female, or some other gender. This may or may not correspond to the sex they were assigned at birth.

Genderqueer: A person whose gender varies from the traditional 'norm' of either male or female; or who feels their gender identity is neither female nor male, both female and male, or a different gender identity altogether.

Heterosexual: Someone who is attracted to people of a different gender.

Intersex: People who are born with variations in their sexual anatomy or their hormonal patterns, variations that are not seen as fitting in with typical male or female bodies. An intersex person might have sex characteristics that do not belong to just male or female categories, or that belong to both at the same time.

LGBTI+ bullying: Bullying based on prejudice or discrimination towards LGBTI+ people.

Lesbian: A woman who is mainly attracted to other women.

Non-binary: People whose gender identity is not exclusively male or female. Some non-binary people use they/them pronouns.

Pansexual: Someone who could be attracted to any person, regardless of their gender.

Sex: The designation of a person at birth as male or female based on their anatomy (genitalia and/or reproductive organs) or biology (chromosomes and/or hormones).

Sexual Orientation: Someone's physical, emotional or romantic attraction to another person. This is separate from sex, gender identity and gender expression.

Transgender: People whose gender identity differs from the sex they were given at birth. Trans+ includes non-binary people.

Transition: A process through which some transgender people begin to live as the gender with which they identify, rather than the one assigned at birth. Transition might include social, physical or legal changes such as coming out to family, friends, co-workers and others; changing one's appearance; changing one's name, pronoun and sex designation on legal documents (e.g. driving licence or passport); and medical intervention (e.g. through hormones or surgery). 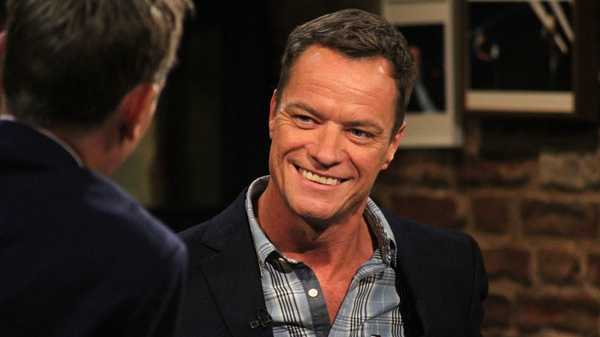 Rory O'Neill on Panti, Pride and life with HIV