In the final episode of What Are You Eating?, Philip Boucher-Hayes investigated Ireland's drinking habits while the experts explain why alcohol can lead to poor dietary choices at the end of a night.

Watch the full episode on the RTÉ Player

"If your blood sugar levels is dropping after alcohol, your brain is saying 'come on, I need something please' and what is around? In those circumstances, you're going to eat whatever is there."

What is a spice bag?
A spice bag is a bag full of crispy chicken, chips, red, green and chili peppers and sometimes a bit of stray veg depending where you buy from.

Where can I get one?
"Inspired" by Asian cuisine, the spice bag can be found in most Chinese takeaways and chippers across Ireland.

Did Philip Boucher-Hayes ruin spice bags for me?
Not quite.

Chef Hilary O'Hagan-Brennan didn’t know exactly what a Spice Bag was – but she was able to take an educated guess.

She said: “Nobody will tell you the spice mix or the quantities. It is a closely guarded secret.”

Despite that, here’s what she believes the powder is made up of: Curry power, garlic powder, dried chilli powder, Five-spice, MSG, salt and sugar. 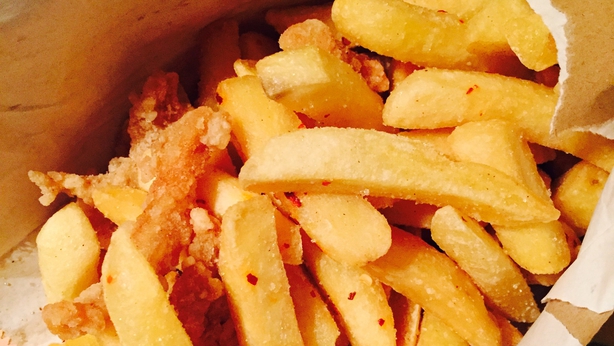 She then made an alternative spice bag with vegetables coated in her home-made spice.

In the end, instead of condemning the spice bag, Philip talked about the compulsive nature of unhealthy eating

He said: “Standard dietary advice is everything in moderation – and that would be a really choice piece of advice if we had any idea what moderation actually is.”

“What is it about unhealthy eating that we find so damn compulsive?”

He added: “Perhaps the next time you find yourself asking the question ‘Do I really need this spice bag?’ You already know the answer.”

What did the viewers think?

Lord, it looks like I haven't lived at all, at all. I've never had a Spice Bag. #WhatAreYouEating

You can try to ruin the spice bag for me @boucherhayes, but it won't work. #WhatAreYouEating

In need of a spicebag

Watch What Are You Eating? on RTÉ Player

6 more things to do while social distancing