Dáithí Ó Sé and his snazzy new shirt are on the hunt for a winner along with a stellar line-up of judges including Roz Purcell, Eunice Power, Domini Kemp and series champion JP McMahon in the new series of The Taste of Success.

Tomorrow night on RTÉ One will see JP taking charge at his Connaught/Ulster roadshow in the beautiful town of Westport.

This week get ready to meet:

Evelyn and Emma McBurney of Banbridge Co. Down. This mother / daughter team are hoping to kick-start their own confectionery company and become the McBurney Biscuit Barons of Banbridge. Easy for them to say!

English woman Michelle Kilkenny is a professional chef living in Galway who is hoping to impress with her ‘Paddy pie’.

Fiona Ryan from Mayo is a Café owner who hopes her family recipe for apple tart can earn her a crust.

Conor Doherty is a Sligo man who hopes to impress JP with his novel use of poitin in his BBQ sauce...

Malachy Canning is a family man from Donegal who hopes his steak burger will beef up his chances of getting into the next round. 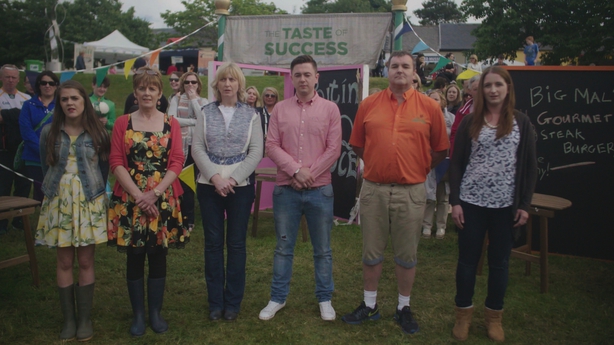 The competition is tough as all 5 contestants show their wares but only two will go through to the next round.

Who will get through The Taste of Success? Tune into RTÉ One at 8:30pm on Tuesday 8th of November to find out! Catch up on RTÉ Player.