The late Wallander author Henning Mankell mined the wisdom of fellow Swedish writer Per-Olof Enquist in his final column for The Guardian in October 2015. "Eventually, of course, the day comes when we all have to go," wrote Mankell. "Then we need to remember the words of the author Per Olov Enquist: 'One day we shall die. But all the other days we shall be alive'."

It's a sentiment that comes to mind watching Breathe, the true story of how disability campaigner Robin Cavendish lived with polio for decades having been given "a matter of months" by doctors at the time of his diagnosis.

The directorial debut of Lord of the Rings and Planet of the Apes star Andy Serkis, Breathe begins in the 1950s as tea merchant Cavendish (played by Andrew Garfield) woos and then marries Diana (The Crown's Claire Foy) - the woman everyone fancies but who appears too intimidating to approach. Within three minutes the word 'jolly' has been used twice, and Breathe is looking like the nicest film of 2017 this side of Gifted - and catnip for Daily Mail readers and American audiences.

The drama then moves to Nairobi where Robin Cavendish's deteriorating health is first put down to a bad cold before the gravity of his situation is revealed in the night terror of waking up choking. With Robin paralysed from the neck down, the pregnant Diana is told she will soon be a widow.

In the first of many acts of defiance, the couple push for Robin to be transferred back to England, and once his condition has stabilised the next target becomes getting him home - something that is truly abhorrent for the British medical establishment.

What follows is both sad and funny (the script is by Shadowlands' William Nicholson) as Robin and Diana defy the odds year in, year out, aided by a small circle of friends. The gang includes Downton Abbey's Hugh Bonneville as Teddy Hall, the scientist who built an odds-and-sods portable respirator for Robin that would go on to change the lives of millions worldwide.

Aside from the ridiculous scene of an 'escape' from hospital that looks like it should've been speeded-up slapstick style, director Serkis acquits himself admirably in a film that becomes stronger and deeper as the years pass by on screen. Serkis' producer is Jonathan Cavendish - Robin and Diana's son.

Destined to be in the awards mix, Breathe will probably see Garfield get his second Oscar nod in succession for his portrayal of Robin. But it is Claire Foy's study of grief and stoicism as Diana that deserves the lion's share of the kudos.

Had the rest of the film been as powerful and thought-provoking as the last half-hour, Breathe would have made for a must-see. Instead, it's one to wait for on TV - with plenty of reading to be done on the Cavendishes in the meantime.

If you do decide to go to the cinema, chances are you'll be in a mess by the end. 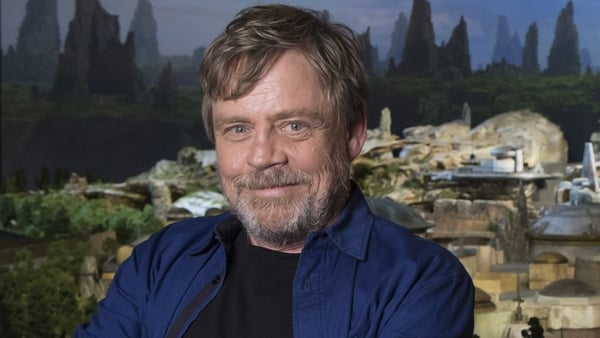