With its gun-totin' heroes, elegiac shots of rodeo horses and disparaging jokes about Californians, Yellowstone might appear to be a television show aimed squarely at America's conservative heartland.

But the Kevin Costner-fronted Western, which blends soapy melodrama with brutal vigilante violence, has become a rare crossover hit, bridging the stark cultural divisions of the United States.

The show follows the wealthy Dutton family, which owns a Montana ranch "the size of Rhode Island" and must protect it by any means necessary from corporate developers, greedy politicians and displaced Native Americans.

In its first seasons, Yellowstone cultivated a devoted fanbase in rural and smaller urban markets, benefiting from cross-marketing with NFL broadcasts in regions where live TV still rules over streaming.

But by the fourth season's premiere in November, a whopping 11 million people across the country tuned into cable TV channel Paramount Network - numbers higher than Game of Thrones at the same stage.

"Just because it's in Montana and there are ranchers, people say it's a red-state show," Keith Cox, the network's President of Development and Production, told AFP, referring to states that typically vote Republican.

"Now we're seeing it's just an every state show." 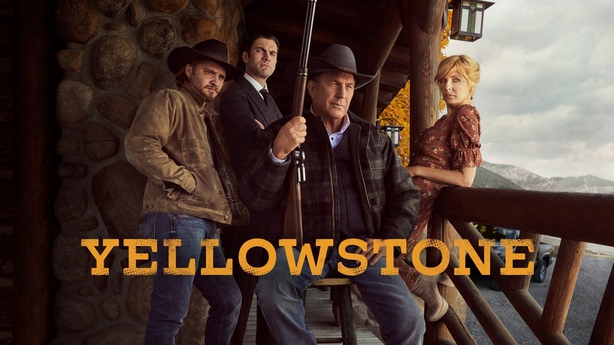 This month, the show was finally even recognised by Hollywood, where it received its first nomination from the Screen Actors Guild.

"Throwback"
So, how did a series about land rights, livestock officers and bucking broncos win a foothold among the coastal urban elites?

Costner - a bona fide if ageing movie star in his first multi-season TV role - is evidently a key draw.

As the show has gained popularity in liberal circles, it has increasingly been talked up as a frontier version of HBO's critically adored Succession - another drama about a wealthy, warring family, set mainly in New York.

But while both shows centre on seemingly omniscient patriarchs with political connections, private helicopters and petulant offspring, they preach very different values.

The nihilistic, amoral and selfish siblings vying to betray their father on Succession are off-putting to many Americans, said Mary Murphy, Associate Professor of Journalism at the University of Southern California.

Despite its wall-to-wall media coverage, Succession drew just 1.7 million in the US to its latest finale. 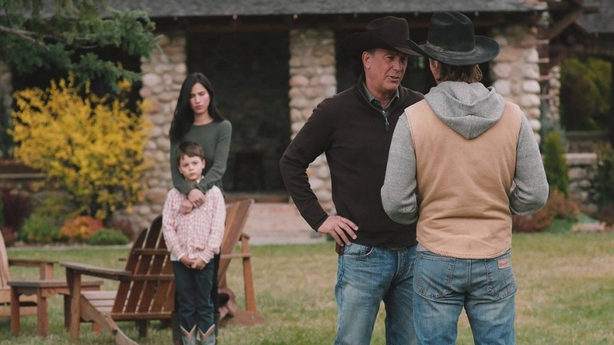 By comparison, Yellowstone is essentially the story of a man "who uses all his simple connections with people to keep the land safe," said Murphy.

"The people who watch it, they feel reassured about a simpler way of life," she added, pointing to the "insecurity" of the pandemic-affected time we live in.

According to Murphy, Yellowstone is a "throwback" that evokes American values and reflects on "how America was built" - themes that resonate across the coasts and middle America.

It also benefits from a sense of authenticity in representing the everyday world of ranchers, rodeos and cowboys, even if the violence and scandal are exaggerated to keep the plot moving.

"This is his world and he knows it best," said Cox. 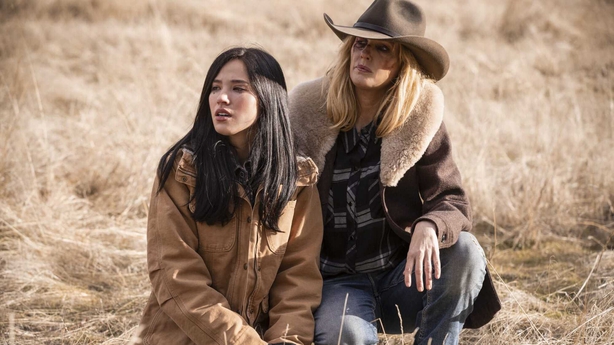 "Hollywood can't come in and fake it."

Still, Yellowstone has been embraced by some on the right as a celebration of "red state" values, and a rejection of supposedly "woke", politically correct Hollywood dramas.

But according to Cox, the show never "takes a stance".

"It doesn't like outsiders moving in and raising prices and taking away the tradition of the ranchers," he said.

"But I feel like this show is not waving a flag for either side... Anti-woke? I think it's just real."

Cox, whose family hail from conservative bastion states including Missouri and Kentucky, said he has "never spoken to my cousins so much" since the show first aired. 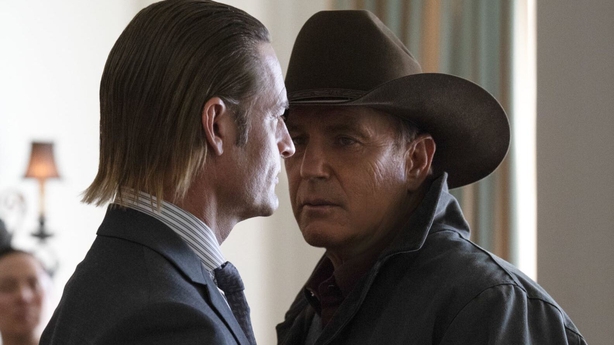 "They haven't watched a lot of my other shows. This one they're obsessed with, and it's brought us together."

And while it has taken them a little longer, many of the Hollywood executives he meets at industry lunches who previously refused to watch Yellowstone are now ardent fans.

"It's very funny. A lot of my peers poo-pooed it or dismissed it," said Cox.

"And suddenly, they're in."

Yellowstone airs on RTÉ2 on Tuesday nights and is available on the RTÉ Player.