This BAFTA-nominated animation centres on a young apprentice hunter and her father as they journey to Ireland to help wipe out the last wolf pack.

But everything changes when she befriends a free-spirited girl from a mysterious tribe rumoured to transform into wolves by night.

Irish animation studio Cartoon Saloon, who made the critically-acclaimed movie, hopes to follow the success of its previous Oscar nominations for The Secret of Kells and Song of the Sea.

Kaluuya has already won a Golden Globe and scored Bafta and Screen Actors Guild Award nominations for his role as Black Panther leader Fred Hampton in Judas And The Black Messiah, and is likely to compete in the supporting actor category at the Oscars.

Hopkins who was nominated last year for The Two Popes, is expected to be nominated for the best actor prize for his role in The Father, about a man in the early stages of suffering from dementia.

Black Panther actor Chadwick Boseman is already considered to be the front runner in the category and is tipped to receive a posthumous nod for his performance as an ambitious trumpeter in Ma Rainey's Black Bottom.

Kirby and Mulligan are both likely to compete in the best actress category, for their turns in Pieces Of A Woman and Promising Young Woman respectively.

Nomadland's Frances McDormand is highly tipped for her turn as a van-dwelling nomad travelling through the American West and Viola Davis for Ma Rainey’s Black Bottom.

The Father co-star, Olivia Colman, could pick up a supporting nomination, as could Baron Cohen, for his performance in The Trial Of The Chicago 7.

The Oscars has significantly expanded its voting body over the past year, inviting more than 800 new members, after it once again faced criticism for the lack of diversity in its nominations for the 2020 ceremony.

Harriet actress Cynthia Erivo was the only non-white acting nominee.

There will also be interest in the directing category, where a number of female filmmakers are thought to be in the running for recognition.

Chloe Zhao is considered to be the frontrunner in the category this year, for her work on Nomadland, and would be the first Asian woman to be recognised, while Regina King would be the first black woman to land a directing nomination for One Night In Miami.

The Academy Awards were delayed by the pandemic and are now scheduled to take place on Sunday April 25. 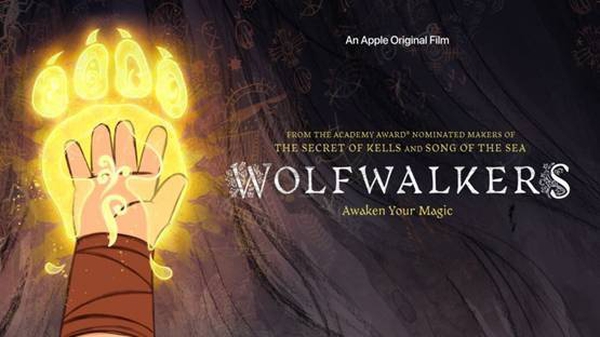 The Secret of Kells team back with Wolfwalkers