RTÉ has launched its autumn 2020 line-up across television, radio and online with the focus firmly on spending time at home, and with big changes to the RTÉ Radio 1 schedule as presenters move to their new shows.

While reflecting the reality of our changed lives, the national broadcaster is inviting the nation to share its home time with RTÉ, with a focus on homegrown programming and an emphasis on community.

Chat show favourites such as The Late Late Show  and The Ray D'Arcy Show are back this September, while Joe Duffy takes over at The Meaning of Life.

Speaking about his return to Friday nights Tubridy said that he doesn't anticipate having an audience in-studio "this side of January" and "that when the people at home can gather, then we will gather too".

There's a big refresh on RTÉ Radio One with Sarah McInerney and Cormac Ó hEadhra  taking the wheel at  Drivetime from 4.30pm each weekday afternoon.

There are also a number of impactful documentaries on the schedule such as Home: A Year in Ireland’s Housing Crisis and Sins of Ireland in which acclaimed documentary maker Alex Fegan (Older Than Ireland) meets  Irish priests.

The South Westerlies, created and co-written by Catherine Maher, is a drama about a small town in Ireland which gets earmarked for a Norwegian-owned wind farm, and stars Orla Brady, Eileen Walsh, Steve Wall, Ger Ryan and Patrick Bergin.

Fair City make's it's eagerly-anticipated return on September 6, while EastEnders will also be back early next month.

On a lighter note, Amy Huberman returns for a second season of Finding Joy, in which finds a newly-motivated Joy (Huberman) working to build her own online brand with the support of no-nonsense assistant Emer (Ruth Kearney) and the ever-faithful Stan (Paul Reid).

Talking about the guest appearances on the upcoming series, Huberman revealed that "Pat Shortt is on board" and that viewers can expect a "very fun cameo" in episode one.

Dermot Bannon’s also back, as is Baz Ashwamy, with his new show DIY SOS: The Big Build.

Speaking about the new season line-up, Dee Forbes, RTÉ Director-General, said: "Despite a very changed world with all of its new challenges, I am pleased to share this compelling, diverse and exciting season of programming, for television, radio and online.

"Audiences have been turning to RTÉ in record numbers in recent months and brought us into their homes, and RTÉ's role as the national public service media has never been more important - not just in providing trusted news and analysis to the public, but also in supporting our communities, in sharing our stories, in supporting home-grown talent, and in bringing people all over the country together.

"These themes remain to the fore in RTÉ's autumn schedule.

"Today we launch 18 hours of new drama, a slate of important new documentaries, and a bumper calendar of sport and entertainment.

"As well as independent news, current affairs and investigations, RTÉ continues to support Irish artists, communities and performers. We look forward to audiences spending some quality time at home with RTÉ this autumn."

Click here for our highlights from RTÉ's Autumn Schedule

Please note RTÉ adhered to all safety guidelines in relation to Covid 19 and used the two-metre distance rule at all times. Photoshop and editing were used when putting images together. 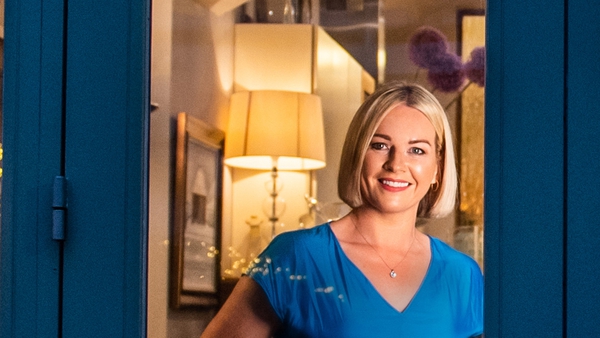 Claire Byrne: 'It's been such a crazy week'