Ryan Tubridy closed out the last Late Late of the season on Friday night by telling viewers that the show will be "back and bigger" in the Autumn.

On a night when the host was joined by President Michael D Higgins, frontline workers, Sibéal Ní Chasaide, Saorise Ronan, Colin Farrell, Robbie Keane and Sinéad O'Connor, he signed off by saying: "That's it for tonight, friends. And that's it for this season.

"The Late Late Show will be back in September. We're going to be back and we're going to be bigger, and we promise you to do our best to be better than ever before. But until then, watch out for some of our favourite highlights of the show - of which there are many, we hope - and they'll be airing here on RTÉ One across the summer break."

"I want to wish you all well, and whichever path this coronavirus takes in our lives, I sincerely hope that you can at least make the most of the long Irish summer days," he continued.

He paid tribute to Late Late Show viewers for donating over €6m to the charities featured on the show since the Covid-19 emergency began, and told them to take care of themselves, and each other.

"And if at any time you find yourself struggling, emotionally or financially or physically or spiritually, reach out for help, won't you?" he asked. "It's you who have kept our most vital charities afloat with your donations. So whether it's the ISPCC, or the [St] Vincent De Paul or ALONE or Pieta or any of the others, just call and they're going to be there for you. "So thank you to the team who work behind the scenes; they've just been tremendous pulling the show together week in, week out. Thank you to the crew and all my colleagues in RTÉ. And to everyone watching at home, thank you, sincerely. Mind yourselves, mind each other." 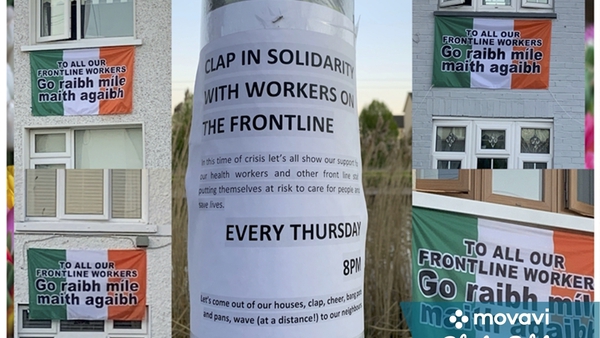