Brad Pitt used his time onstage at the National Board of Review Annual Awards Gala in New York on Wednesday night to pay tribute to fellow actor Bradley Cooper for helping him to get sober.

During the ceremony at Cipriani 42nd Street, Cooper presented Pitt with the Best Supporting Actor award for his performance in Once Upon a Time... in Hollywood. The winners in the various categories had been announced in December.

People magazine reports that as Pitt accepted his award from Cooper, he said: "Bradley just put his daughter to bed and rushed over here to do this.

"He's a sweetheart. I got sober because of this guy and every day has been happier ever since."

Speaking to the New York Times last September about his sobriety, Pitt said: "I removed my drinking privilege."

The 56-year-old explained that he started attending all-male Alcoholics Anonymous meetings because he had "taken things as far as I could take it".

"You had all these men sitting around being open and honest in a way I have never heard," he recounted. "It was this safe space where there was little judgment, and therefore little judgment of yourself."

Despite the success Pitt is enjoying with Once Upon a Time... in Hollywood - also winning Best Supporting Actor at the Golden Globes on Sunday - he told the New York Times that he would be making fewer films in the future.

The National Board of Review winners in full:

Best Director: Quentin Tarantino, Once Upon a Time... in Hollywood

Best Supporting Actor: Brad Pitt, Once Upon a Time... in Hollywood

Best Animated Feature: How to Train Your Dragon: The Hidden World 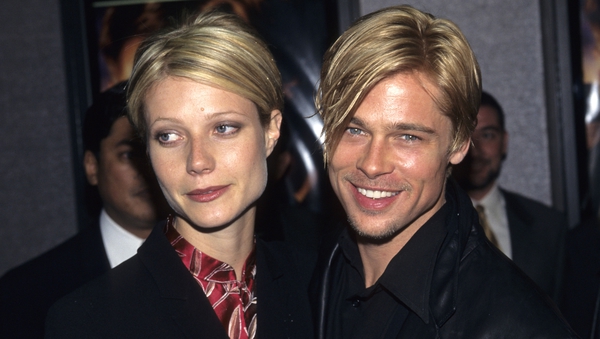