Jennifer Lawrence has married her art dealer fiancé Cooke Maroney in the US.

Entertainment Tonight says the 29-year-old Oscar winner and 34-year-old Maroney married at the Belcourt of Newport mansion in Newport, Rhode Island on Saturday in a "star-studded affair".

Adele, Cameron Diaz, Sienna Miller, Ashley Olsen and Emma Stone are reported to have been among the guests for the couple's big day.

In September Lawrence sparked speculation that she had already married Maroney when they were spotted leaving New York City's marriage bureau with security guards, a friend and celebrity photographer Mark Seliger.

After announcing their engagement, Lawrence described Maroney as "the greatest human being I've ever met".

"He really is, and he gets better ... I started with the basics; 'How do I feel? Is he nice? Is he kind?' It's just - this is the one, I know that sounds really stupid but he's just, he's - you know," she told Entertainment Tonight during a red carpet interview for her film X-Men: Dark Phoenix.

"He's my best friend, so I want to legally bind him to me forever. Fortunately, the paperwork exists for such a thing. It's the greatest. You find your favourite person on the planet, you're like: 'You can't leave'." 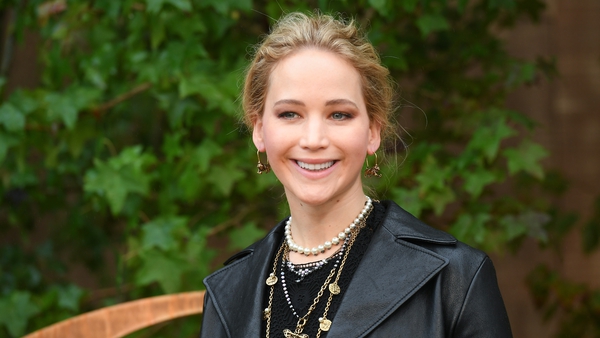