Love Island star Joanna Chimonides has ruled out a reconciliation with Michael Griffiths after he revealed he still has feelings for Amber Gill.

The social media influencer and model from London, who was axed from the show last week, was reunited with the Liverpudlian firefighter during Love Island: Aftersun on Sunday night after he was also dumped from the series, and fans speculated the former couple might rekindle their romance.

However, she told ITV's This Morning: "I can't, I think that's my strike two."

She added: "I've had time and a few days to obviously adjust and realise you know it is what it is, I can't do anything about it, and if this is how you feel then it's how you feel - but for me there won't be any going back."

She said she had expected Michael to leave with her after her fellow contestants decided she was the one to get dumped from the villa, adding: "Initially yeah I thought he would walk out with me but then when I went home and I was watching over, it was like you can't expect someone to end their journey so that's a lifetime experience.

"But obviously you've come for one thing and that is the mismatch of it all, it's difficult."

She said it was extremely hard to watch him admit he still had feelings for former flame Amber, after repeatedly telling her he did not.

"I was upset because I asked him several times 'Is there anything for Amber?' and he said no there's not," she said. 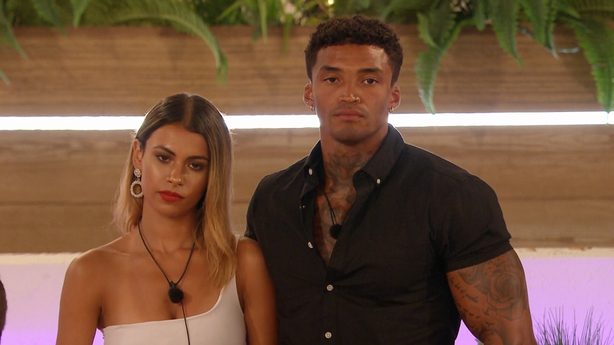 The British charity Women's Aid recently raised concerns about Love Island contestant Amber Gill who they say is "appearing to have her emotions manipulated".