The British charity Women's Aid has raised concerns about Love Island contestant Amber Gill who they say is "appearing to have her emotions manipulated".

The charity urged the show's producers to step in when "any form of behaviour becomes abusive".

In a statement, co-chief executive of Women's Aid Adina Claire said: "Women's Aid is becoming increasingly concerned about what appear to be unhealthy fledgling relationships being used as entertainment in Love Island.

"Most recently, the programme has shown Amber repeatedly reduced to tears and appearing to have her emotions manipulated.

"We hope that producers are looking after the well-being of the contestants and will step in when any form of behaviour becomes abusive."

The current series has featured scenes showing contestant Amber, a 21-year-old model, upset and in tears.

After being coupled up with Michael, he then got together with Joanna Chimonides.

When Joanna was dumped from the show, Michael said he did not want to pursue a romance with Amber, but he has since said then that he still has feelings for Amber.

Viewers have voiced their concern for "several contestants" on this season of the show, Women's Aid also said.

They added: "We have been contacted by a number of viewers on social media throughout the series about behaviour they are worried about, involving several contestants, and would ask producers to always take this seriously, and consider the messages being sent to viewers and contestants on the show."

Love Island is on Virgin Media Two at 9pm. 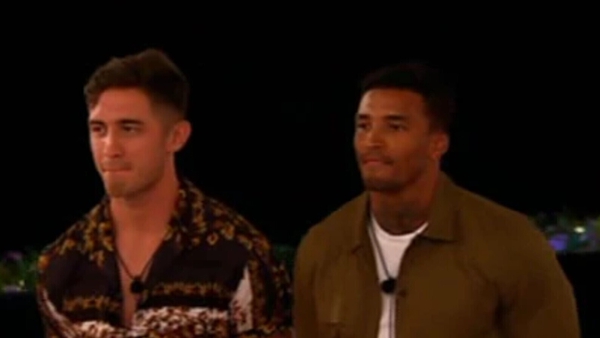 Who will Amber pick in Love Island recoupling - Greg or Michael?