Oscar winner Lady Gaga has dismissed rumours of a romance with her A Star is Born director and co-star Bradley Cooper, describing social media as "the toilet of the Internet".

Speculation had raged about the duo following the intensity of their performance of Gaga's Oscar-winning A Star is Born song Shallow at the Academy Awards on Sunday night.

Gaga recently split up with her former fiancé, talent agent Christian Carino. Cooper is in a relationship with model Irina Shayk and they have a child together.

Appearing on US talk show Jimmy Kimmel Live! on Wednesday night, Gaga rubbished all the talk of a romance with Cooper.

"First of all, social media quite frankly is the toilet of the internet and what it has done to pop culture is abysmal," she said.

"And people saw love, and guess what? That's what we wanted you to see. This is a love song, Shallow. The movie, A Star is Born, it's a love story."

"We worked so hard; we worked all week on that performance," Gaga continued.

"From a performance perspective, it was so important to both of us that we were connected the entire time.

"I mean, look: I've had my arms wrapped around Tony Bennett for three years touring the world. When you're singing love songs that's what you want people to feel."

"Are you having an affair with Tony Bennett? Be honest," asked the host.

"No!" smiled Gaga after pretending to avoid the question. 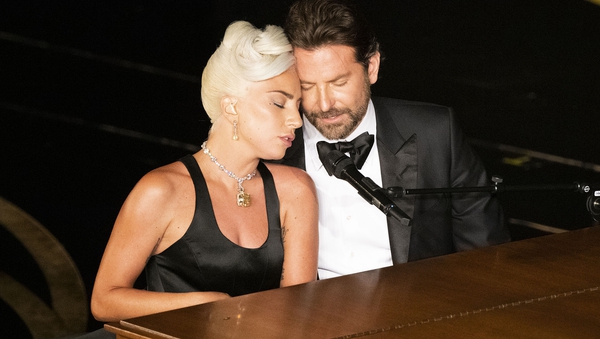 The Ten Best Moments at the 2019 Oscars Movies