Bradley Cooper joined Lady Gaga on stage during her Las Vegas residency for an impromptu performance of their hit song Shallow from A Star Is Born.

Cooper was in the audience at Gaga's concert and she told the crowd, "So a really good friend of mine… I don’t know if you know him but his name is Bradley. He made that movie, umm, A Star Is Born.

"So I’m going to be a little chancey… Yo Bradley, you wanna come up and do this one?"

The actor looked genuinely shocked by Gaga's request and then made his way to the stage amid applause and cheering from her fans.

Gaga helped Cooper with his in-ear monitors, as he quipped to the audience that his character Jackson never wore them.

The two then performed the song, which is nominated for Best Original Song at this year's Academy Awards, and shared a sweet moment at the end.

A Star Is Born is nominated for seven Oscars, including Best Actor for Cooper and Best Actress for Lady Gaga. 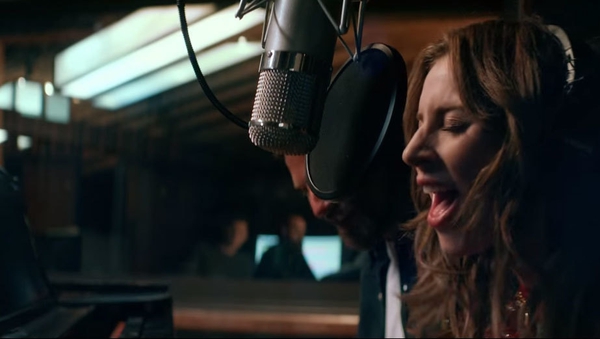