Actress Anna Faris has congratulated ex-husband Chris Pratt on his engagement to girlfriend Katherine Schwarzenegger after seven months of dating.

The Guardians of the Galaxy star took to Instagram to say how "thrilled" he is to be marrying the author, posting a picture of them embracing which showed off her diamond engagement ring.

He wrote in the caption: "Sweet Katherine, so happy you said yes! I'm thrilled to be marrying you. Proud to live boldly in faith with you. Here we go!"

Schwarzenegger later shared the same picture with the caption: "My sweet love. Wouldn't want to live this life with anyone but you."

Among those congratulating the couple was Faris, who wrote: "I'm so happy for you both!! Congratulations!"

Thirty-nine-year-old Pratt confirmed his romance with 29-year-old Schwarzenegger in December.

Schwarzenegger, who is the eldest daughter of actor-turned-politician Arnold Schwarzenegger and broadcast journalist Maria Shriver, started dating Pratt last year after his split from Faris.

Pratt announced he was splitting from Faris, his wife of almost eight years, in August 2017.

Their divorce was finalised in October last year. The couple have a six-year-old son, Jack. 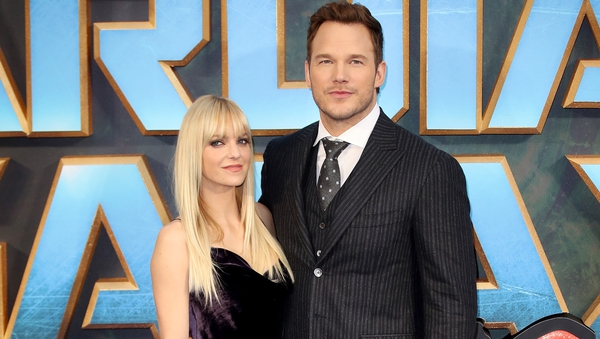