The Irish producer of the Golden Globe-winning film The Favourite has told RTÉ Radio 1's Morning Ireland he is "delighted" that Olivia Colman's performance in the dark comedy was honoured at the awards in Beverly Hills on Sunday night.

Colman was named Best Actress - Musical or Comedy for her work on the film, which was co-produced by Dublin company Element Pictures.

"It's absolutely brilliant," Element Pictures' Guiney told Morning Ireland presenter Bryan Dobson. "When you get the nomination that's such a validation for the film, but when you get a win, that's an incredible thing."

Guiney paid tribute to Colman and her co-stars in The Favourite, Emma Stone and Rachel Weisz, saying: "The three of them are brilliant."

"To have the three of them in a movie is a privilege, but also, it's incredible to see the virtuosity of their performances," he continued.

The Favourite tells the story of power plays and intrigue in the 18th-century court of Britain's Queen Anne (played by Olivia Colman) as new arrival Abigail (Emma Stone) causes conflict between the deeply troubled monarch and the Queen's adviser and secret lover, Lady Sarah (Rachel Weisz).

The film marks the third collaboration between Element Pictures and Greek director Yorgos Lanthimos, having previously worked together on The Killing of a Sacred Deer and The Lobster.

The Favourite and its stars are widely expected to be among the Oscar nominees, which are announced later this month.

"We're optimistic," said Guiney. "You don't want to presuppose any of this stuff. We're hopeful, but we'll see."

The Favourite is in cinemas now. The Golden Globes ceremony and red carpet arrivals are on RTÉ2 on Monday night from 9:00pm. The Oscar nominations will be announced on Tuesday, January 22.

Click here for more on all the Golden Globes winners. 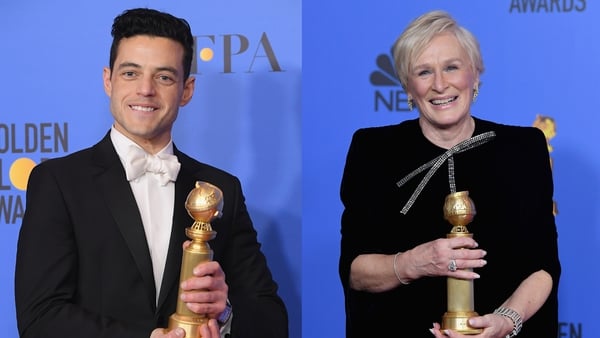 Night of film shocks at the Golden Globes