X Factor boss Simon Cowell has defended his new judging panel for the series, saying that Ayda Field - the wife of fellow judge Robbie Williams - has been "a revelation" since signing up for the show.

The Press Association reports that Cowell made his comments ahead of The X Factor's return for its 15th season this weekend, when Cowell, actress Field and Williams will be joined by One Direction's Louis Tomlinson on the panel.

"What I love about Louis, Robbie and Ayda is that they are all fans of the show in their own way and, of course, Louis started out on the show," said Cowell.

"Robbie's been a huge part of the show over the years - it's how we became friends - and Ayda has been a revelation. I mean, seriously, she's been brilliant."

While some X Factor fans have been critical of Field's appointment, Cowell said "you don't have to be a music manager or an artist to be on this show".

"You have to have taste, good instincts, you have got to like people," he continued.

How FABULOUS do our new Judges look!? We can't wait for you to see them in action!! Catch them on The X Factor Saturday 1st September and Sunday 2nd September, 8pm!! 🎶🎤❌🤩 #XFactor pic.twitter.com/T9UReHTIEX

"The irony is that the public actually judge this competition.

"Ayda has seen the music business from a different point of view so she brings a different perspective to the panel. I think she's amazing."

Loose Women panellist Field said her experiences with Williams would stand her in good stead on The X Factor.

"I know that I've helped Rob for 12 years now," she said. "I've had to pick him up off the ground and lift him up.

"I've been part of every song choice for, like, five albums, every creative for his live shows, his tours, music videos. I feel like I've had enough experience with his career and my own career to make a difference with these contestants."

The new series of The X Factor begins on Virgin Media One - formerly TV3 - and ITV on Saturday September 1 at 8.00pm. 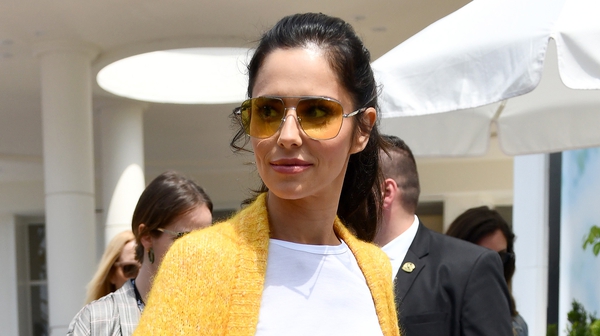 Simon Cowell 'desperate' for Cheryl to sing on X Factor