It is reported that Robert De Niro is nearing a deal to star opposite Joaquin Phoenix in the upcoming origins story of DC Comics villain The Joker.

US entertainment industry website The Hollywood Reporter says De Niro is set to play "a talk show host who is somehow instrumental in the Joker's [played by Phoenix] origin".

Deadline adds that it has been told by sources that De Niro's character is not a villain.

The film, which will be directed by Todd Phillips (The Hangover, Old School) is due for release in October 2019 with filming to begin in the Autumn.

Phillips has co-written the script with Scott Silver, whose other credits include The Fighter and 8 Mile.

Phoenix was most recently seen on cinema screens as Jesus in Mary Magdalene and in the thriller You Were Never Really Here.

De Niro will next be seen in Martin Scorsese's mob thriller The Irishman. It is due for release in 2019. 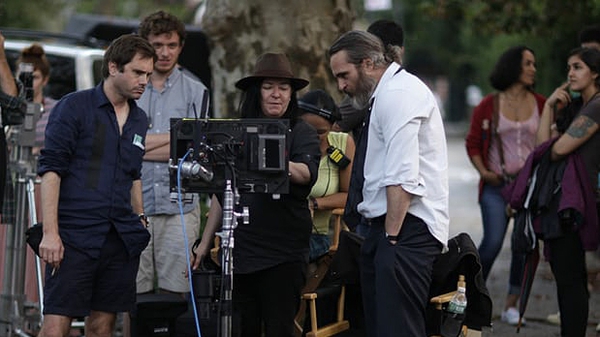 Director Lynne Ramsay: 'Joaquín Phoenix has this way of going into a zone. It's terrifying.'