A forthcoming TV show featuring Ant and Dec is reported to have been put on hold as it features the duo drinking alcohol.

The idea of the series - called Ant and Dec's DNA Journey - is similar to the BBC's hugely popular Who Do You Think You Are?

As both of the presenters have Irish roots, they flew to Ireland last year to trace their ancestry, visiting Carrick-on-Shannon, Drumshanbo and Drumkeerin.

But following Ant's recent car crash and subsequent drink-driving charge, there are doubts that the series will ever air.

The Daily Star reports that producers think it wouldn't be right to air the footage, as it features Ant and Dec drinking. "It's really touch and go as to whether this show ever sees the light of day now." a source said.

Another source added: "Everyone just wants Ant to get better. Showing clips of him in a pub is not very fair bearing in mind they were filmed before anyone knew about the demons he was battling."

The series was filmed in May 2017, around a month before the 42-year-old checked into rehab after he became addicted to painkillers and alcohol after a knee operation.

In order to help out Donnelly, it is thought Scarlett Moffatt will have a bigger role on this week's show.

The 27-year-old former Gogglebox star has been a regular on Saturday Night Takeaway in recent years.

Dec will be presenting the final two shows without his usual partner following Ant’s decision to return to rehab after being arrested for drink-driving. 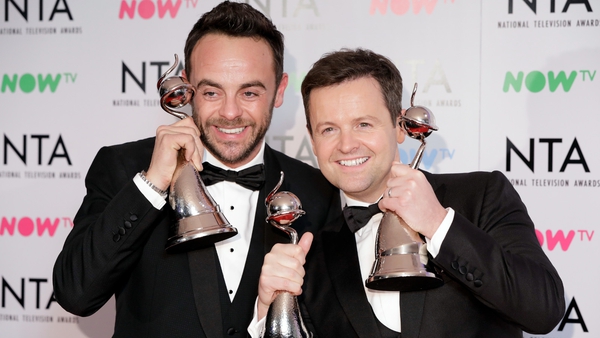