Paul Weller sold out a three-night stand in Dublin during the week and as he approaches 60, he shows no sign of slowing down. In fact, quite the opposite. He talks to Alan Corr about what fires him up, giving up the booze, and why he's still angry

The man Jools Holland once described as "like being alongside a nuclear reactor" strolls into his dressing room backstage in Dublin’s Olympia Theatre. It is a Tuesday evening and Paul Weller (for it is he) is about to play the second night of three sold-out shows at the esteemed old venue on the city’s Dame Street.

Tonight, for our interview at least, the nuclear reactor is wearing a bright pink cashmere jumper, jet black skinny cords and a pair of tasseled loafers. A mod to the last, Weller is one of the few near 60-year-olds who could get away with such an ensemble. The father of eight, including recent arrival Nova, is in chatty and friendly form, again belying Noel Gallagher's description of him as "Victor Meldrw with a tan."

Weller has been on a roll for over a decade now, a late career imperial phase which began in 2008 with 22 Dreams and sees no sign of abating with 2014's Saturns Pattern and last year’s A Kind Revolution. No surprise then that he already has a new album called True Meanings almost ready to go.

And then there is his combustible live shows. Weller, who turns 60 this May, played a two-hour-plus set in the Olympia on Monday night featuring 30 songs from his 40-year back catalogue, including tracks by The Jam, The Style Council and his solo career, which began in 1991. He did something similar the following Tuesday and Wednesday.

Alan Corr: You’ve described your latest album, last year’s A Kind Revolution, as "pro human". Can you expand on that?

Paul Weller: "Well `a kind revolution' is a line from one of the songs and then I thought it seemed pretty appropriate for the record really because I like the sound of it. I think if we had any kind of revolution in the world it would have to be born out of kindness and compassion and love, which is probably never going to happen. But one can dream. But I was imagining that kind of revolution - of the soul, of the spirit, as opposed to one that sheds more blood and kills more people."

"I do have a particular hatred for the Tory Party, that's for sure. I hate their smugness and the way they just look after their own and f*** everyone else."

You were known as a very political writer with The Jam and The Style Council and you were very involved with youth political movement Red Wedge in 1987. Has that whole movement lost interest for you now?

"I don't do that now, really. I was more involved in the eighties at the height of Thatcherism but then I just grew terribly disillusioned with it and it wouldn't be important enough for me to write about now. And if I do write about some form of politics, it would be just what I said 30 years ago.

"It hasn't changed, really - you'd have to change the system for anything to change. Now they're just swapping different faces about. I do have a particular hatred for the Tory Party, that's for sure. I hate their smugness and the way they just look after their own and f*** everyone else, I think that's quite disgusting and shocking in this day and age so it’s not like I don’t think about it but I don’t see much change. Maybe Jeremy Corbyn might make a difference. But I do have an anger about the Tories that will never go away."

No matter where your music has taken you, whether soul, blues, jazz, rock or r 'n' b, you seem to have remained very much rooted in English culture. Do you think you’ve been trying to capture that almost mythical England that the The Kinks sang about?

"Not at all. Possibly when I was younger but only because I was a Kinks fan. I was Ray Davies crazy and I know Ray in some ways wrote about an imagined England, which possibly never existed like you say, but I don’t have any such notions these days. It depends what you mean by English culture because there are a lot of things in English culture I can’t f***ing stand but there are some good things as well but I see that in all cultures really. I’m old enough and traveled and worldy-wise to see that and it’s not really too different."

"Ehhhhh, I’ve never really thought of him as a songwriter. He’s a frontman but I know he does write songs but I always think of him as frontman. I don’t know enough of U2’s music to comment so I wouldn’t like to say."

So, what are the things you can’t stand about England?

"Xenophobia or racism or any of that bullshit, I’m not having any of that at all, mate. But I like the multi-cultural thing. Where I live in London, it’s very much like that and it’s like being in a bubble where I live because it’s very, very mixed and generally speaking people get on really well so maybe you do get a false vision of what’s going on, you know? Nevertheless, whether it’s real or false, that’s how we should be."

Josh McClory of The Strypes has appeared on your last two albums. Sadly he can’t be with you in Dublin as his band are on tour in the states at the moment. Why do you keep using young Josh?

"He’s a phenomenal guitarist, man, and I don’t hear too many people regardless of age and all that who still play like that, who can really play rock `n’ roll guitar. He probably is a virtuoso in his own way but he’s got feeling and he’s got soul as well and it’s proper rock `n’ roll guitar and he was needed on those songs."

On the "thank yous" on the sleeve of A Kind Revolution there’s a nice tribute to the late Rick Parfitt. Status Quo were the first band you ever saw live, right?

"Well, The Beatles were the band who inspired me to pick up a guitar in the first place but Status Quo were the first band I ever saw live. It was 1972, in a place called Guildford Civic Hall, right? And it was just amazing. It was the first live band I’d seen apart from shitty little bands in pubs and working man’s clubs but to hear a proper band and that level of volume as well it was . . . I wouldn’t say an epiphany but it validated everything I believed in anyway."

"I woke up one morning and my missus said, `It’s me or the booze’. I chose her and I made the right choice definitely."

"Shite. I was a total f*****. Not popular, no, definitely not popular. I was very insular and once I formed a band with my mates at school we became even more insular. I hated school, I hated every moment of it. I didn’t like the fact that I had to be there at a certain time and go home at a certain time and be told what to do, it didn’t suit me and I always thought music was a way out of that. This ain’t for me, I have to find something else in life and I’m very lucky that I did."

I’ve always thought that you are the man Noel Gallagher wants to be . . .

"I wouldn’t even dare answer that. I hardly ever see Noel. I live two minutes around the corner from him but I might only see him twice a year. I’m either away or he’s away but I love him to bits, I’d consider him one of my best friends but we don’t spend much time together really. He is very smart, very quick."

For some reason, the way you keep going and releasing records at such a rapid pace reminds me of Van Morrison. Do you feel empathy with him? Have you ever met him?

"Yeah, of course, man and I’ve met him a few times. He was very complimentary about The Cranes are Back. He said (puts on passable Irish accent) `It’s a good tune.’ That’s a f***ing compliment, that is."

What about Bono as a songwriter?

"Ehhhhh, I’ve never really thought of him as a songwriter. He’s a frontman but I know he does write songs but I always think of him as frontman. I don’t know enough of U2’s music to comment so I wouldn’t like to say."

What about Ed Sheeran?

There’s No Drinking, After You’re Dead is the title one of your songs. You gave up booze five years ago. Was there a defining moment where you said, that’s it. I’m quitting?

"It’s been eight years actually and yeah, there was a defining moment. I woke up one morning and my missus said, `It’s me or the booze’. I chose her and I made the right choice definitely. F***! I’d been on the piss for 35 years, man. It’s part of the culture, you know. I started when I was 14 and stopped eight years ago. It’s just in our culture, I don’t know if it’s the same in Ireland. A lot of it is to do with the weather I think. If you go to hot countries, people don’t drink so much because they’re happier and they sit outside in the sun. It was the right time to stop for me. You’ve got to listen to your body sometimes."

You had a song years ago called Has My Fire Really Gone Out. You’re 60 in May. Do you ever feel that you might lose it and is that why you keep going?

"Well, the fire has certainly dampened. I keep going because I love it, man, to be honest with you. I love it and I don’t know what else I’d do. This is all I’ve ever done since I was a kid but I f***ing love it and I love it every year goes by I love it even more I think and I think the older I get the more I appreciate the fact that I’m still doing it and there’s people still want to see it and I’m still writing songs. So it’s not lost on me and I’m very, very grateful to be able to still do it, man. And I guess I’ll do it until I can’t do it no more and that will be it really." 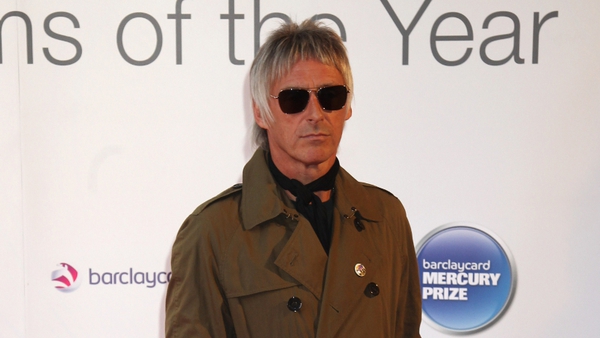