Talk about ever-changing moods - Weller marks forty years as a recording artist with a giddy blues, funk and soul explosion

After running rings around the competition on his last album Saturns Pattern, Paul Weller springs back into action a mere two years later with his 13th solo outing (and 24th album so far).

That album title may sound like a typically empty Theresa May sound bite but Weller at 58 is fully-engaged, and open-minded. In fact going by the ever-changing musical moods on display here, it’s almost like he’s showing off. Then again, isn’t that what stars are supposed to do?

More sinister realms are explored on Nova, which sounds like a freakoid early seventies Bowie track while also recalling the Lynch Mob’s sonic doodling on old Weller classics like Kosmos and Sunflower. The yearning ballad Long Long Road marks Weller out once again as a seeker and maybe even a reluctant seer.

It’s another funk/blues scorcher with jazz signatures and Style Council sophisto cool. Sparse and groovy, it allows Weller to explore his recurring theme of transfixed and helpless love on a stand-out track rounded off by Robert Kirby-like strings.

Elsewhere, the much mellower Modfather continues to spread good vibes with an awed love of nature worthy of Wordsworth and he even doffs the cap to the great American artist Edward Hopper on a sweet ragtime vamp in which Weller finds himself merged into one of the painter’s famous canvases.

On the celebratory The Cranes are Back, he surveys the changes wrought on London (his cradle and his crucible) and Josh McClorey of The Strypes, so impressive on Saturns Pattern, crops up again on The Satellite Kid, one of several songs the fast-developing Cavan tyro appears on.

In lesser hands this kind of dizzying prolificacy might be their undoing but Weller matches quantity with quality every time. "Victor Meldrew with a tan" (thank you, Noel Gallagher) has never sounded more joyful or bursting with giddy creativity. 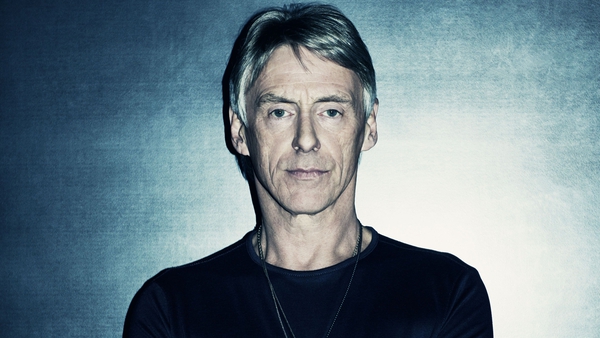 Paul Weller: 'I miss the chaos and madness'