The man Noel Gallagher so dearly wants to be shows Noel Gallagher how it’s done. Weller continues his remarkable long purple patch with a 12th solo album (and 23rd album) that features both his penchant for studio trickery (kazoo through a fuzzbox, anyone?) but also cleaves to the sparky blues and soul rock that has been his solo preserve.

As a solo artist, Weller’s journey from dad rocking elder statesman of the post-punk wars to angry older man with an impeccable line in British psychedelia, folk, and burnished blue-eyed soul has always been admirable.

He pushes ever onward on Saturns Pattern but on first listen, it can be a disorientating experience and you may think Weller’s sense of craftsmanship has finally come undone in his pursuit of esoteric noodling.

At first, these are seemingly fragmented songs that suggest sonic sketches but the kicks can be felt hard on the crash, bang, wallop of the apocalyptic White Sky, all distorted vocals and churning wah wah pedal guitar.

Weller is surrounded by the party faithful of Steve Cradock, Andy Crofts, Ben Gordelier and Steve Pilgrim but ever with an eye for cocky swagger, he also drafts in Josh McClorey of The Strypes for some tasty slide guitar on Long Time, a heads down rocker of Revolver-era haywire guitar fuzz.

On Pick It Up he locks into a blue-eyed slow jam that more than nods to Bowie circa Young Americans. The bejewelled sixties dreaming of Phoenix (more bongos!) sees him simmer down in the chill out zone but the chiming I'm Where I Should Be could be the best thing here - Andy Crofts' backing vocals really do recall northern soul boy Richard Hawley.

Saturns Pattern runs rings around the competition. It's another addition to a remarkable body of work - a bespoke collection from the curator in chief of British blues, soul and rock. Watch and learn, Noel. 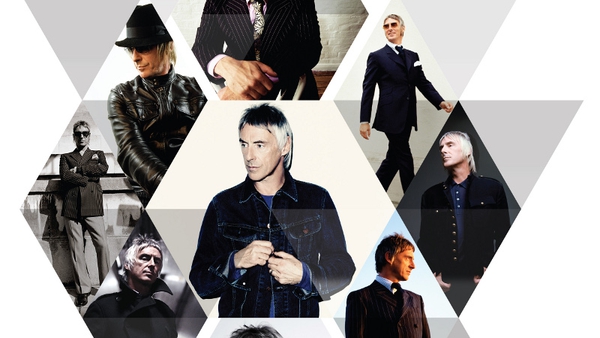