Fans of Eastenders have taken to social media in their droves to congratulate Denise McCormack on her Walford debut.

The former Love/Hate actress is playing the part of newcomer Ciara Maguire, and it looks like lots of drama is in store for her character.

The Eastenders newbie shares the same surname as Aidan Maguire, which means she will more than likely have a part to play in the aftermath of the heist drama.

Des Cahill, who danced alongside McCormack in the last season of Dancing with the Stars was among the first to congratulate the star on her exciting new role.

I am SO excited for my Dancing Buddy & wonderful actress, Denise McCormack, who begins her new role on #Eastenders tonight! Hard work pays off... well deserved!! If you see Gary Lineker in the BBC canteen tell him Dancing Dessie was asking for him..🤪 pic.twitter.com/q82wZwxfxP

TV presenter Maia Dunphy, who is set to take part in the upcoming second series of Dancing with the Stars, also praised the Red Rock star.

Look at @denisemcactress being hot as hell on #Eastenders !!

McCormack caught the attention of many viewers with fans of the show admitting that they can't wait to catch her in future episodes.

Haven't watched #EastEnders in ages and watched Christmas esp,now thanks to @denisemcactress I think I'll be back watching it!!

You can next catch Eastenders tonight at 8pm on BBC One or 8.30pm on RTÉ One. 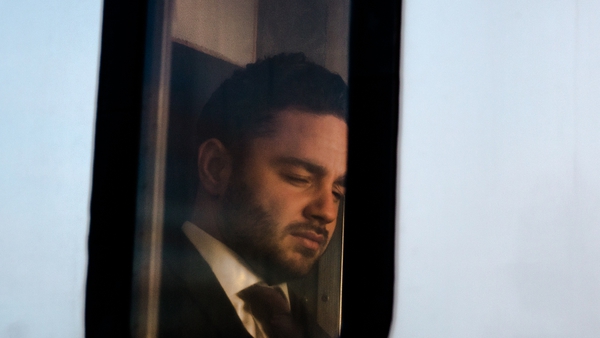