Dancing with the Stars Ireland celeb @MartyM_RTE says he can't dance but he's already got the moves! #latelate @DWTSIrl pic.twitter.com/rBnCNBzkAe

They all join comedian Deirdre O'Kane, 2FM and Bridget & Eamonn star Bernard O'Shea and author and TV presenter Maia Dunphy for the second series of the glitter-filled show.

Speaking about learning some new moves, Marty Morrissey said: "I am delighted but I am nervous! It’s an opportunity of a life time to do something way outside my comfort zone - so here goes!

"The whole house feels a little bit lighter" - @NorahCasey on why she signed up for Dancing with the Stars Ireland and why speaking out on the #LateLate about the domestic violence she suffered has changed her life. pic.twitter.com/NIoAYWuUkk

"I don’t really know how to dance, so to have the opportunity to learn how to dance is fantastic and to be part of this great team is just super!"

Norah Casey added: "I’m swapping the boardroom for the dancefloor! I haven’t had the easiest of lives - I lost a lot of years in my twenties and also when Richard was sick. So I feel like this is my mad moment now!

"I never danced before in my life so it’s certainly a challenge but I’m sure it’ll be great fun and I’ll have a laugh while I’m doing it."

"I took a long maternity leave so it’s great to get back out to the real world and I hope to conquer my fear about what other people think of me. I also love to dance - so this is very exciting!"

Amanda Byram and Nicky Byrne will be returning to host the new series of Dancing with the Stars on RTÉ One for 12 weeks from 6.30pm on Sunday, January 11.

Also returning this year is the expert panel of judges including Brian Redmond, Loraine Barry and Julian Benson. Once again the celebrities and their dancers will be scored by the judges and the viewing public at home.

Can’t Stop Dancing, the preview show for Dancing with the Stars hosted by Bláthnaid Treacy, will be back on Thursday, January 4 at 9.30pm on RTÉ2.

And of course RTÉ Entertainment will  be keeping you updated with all the goss as it happens. 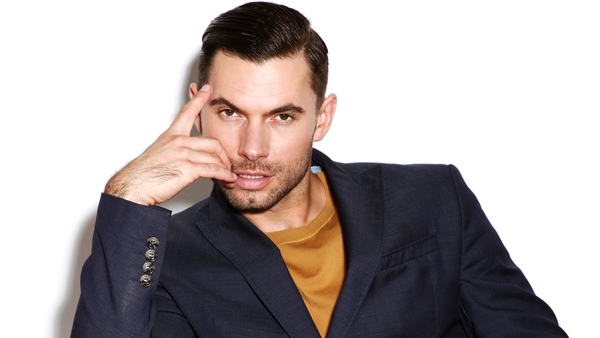