The film from writer/director Greta Gerwig has knocked Toy Story 2 off the top spot on the review aggregate website.

Until now, the 1999 sequel to Toy Story held the top spot with 163 'fresh' reviews and a 100% rating, but Lady Bird has now toppled it from the coveted position with 170 positive reviews to date.

Gerwig's directorial debut has earned rave reviews and leading star Ronan has been tipped for an Oscar nomination next year.

The coming-of-age drama is based on Gerwig's own experiences growing up in Northern California and sees Ronan's character, Christine 'Lady Bird' McPherson, desperate to leave home and her overbearing mother (Laurie Metcalf) for the wider worldview of college life.

"We put our heart and souls into this movie, and the last step of this deeply collaborative art form of filmmaking is giving the film to the audience and the film critics," Gerwig said..

"That there has been such a warm reception is a dream come true. Thank you to everyone who has seen the film and has written about it so thoughtfully. We are all on cloud nine and using our tomato emoji more than we ever thought possible."

Gerwig previously revealed that she cast Saoirse Ronan in the leading role within minutes of her starting to read the script.

Other movies to hold a 100% fresh rating on Rotten Tomatoes are classics such as Citizen Kane, Singin' in the Rain, Seven Samurai and Twelve Angry Men. 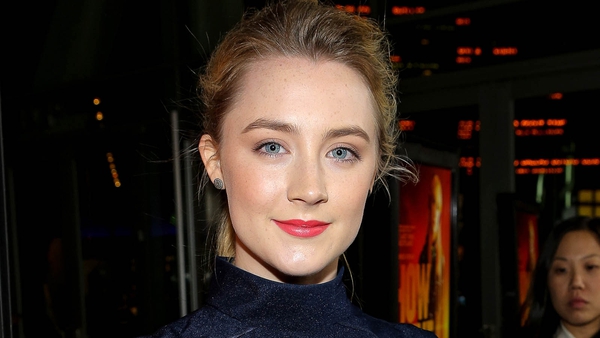 Saoirse to host SNL and she's bringing U2 along