John Lithgow has praised the casting of Olivia Colman as Claire Foy's replacement for the third season of The Crown, telling RTÉ Entertainment that she is one of his favourite actresses and will be "just wonderful" as Queen Elizabeth II.

It was announced last month that Colman would take over from Foy as Queen Elizabeth II in the third and fourth seasons of the royal drama, and Lithgow, who won an Emmy for his portrayal of Winston Churchill in the show's first season, couldn't be happier with the casting.

"She's one of my favourite actresses," Lithgow told RTÉ Entertainment at the Irish premiere of Daddy's Home 2.

"I was so excited… Actually, I heard about it in the spring, but I don't think it was signed, sealed, delivered. It took a terrific actress to replace Claire [Foy], to play Claire a little older, and Olivia, she could do anything. She's so funny in comedies and so real in dramas - I think she'll be just wonderful," he said.

The Crown returns to Netflix on December 8 for season two, and it is expected that Colman will begin filming season three in early 2018.

Colman was rumoured to be cast in the drama before the news was confirmed, with the actress previously saying that she worried people would think that she had leaked the information herself.

"It's amazing how many people knew because I kept on getting texts going 'Oh my God!' and I would be like 'I'm not! I'm going to lose the job, they are going to think it's me! I haven't said a word!'" Colman told the Press Association.

We also spoke to Mark Wahlberg and Will Ferrell on the Daddy's Home 2 red carpet, with the pair heaping praise on Liam Neeson.

Daddy's Home 2 hits cinemas nationwide on November 22, with previews on November 18 and 19. 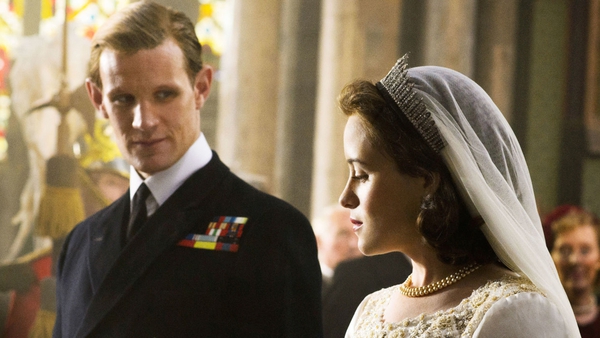 New season of The Crown to focus on marriage struggles