Mark Wahlberg has told RTÉ Entertainment that he would like to get Liam Neeson to star in a third Daddy's Home film, after he made a brief voice cameo in Daddy's Home 2.

Daddy's Home 2 sees Mark Wahlberg and Will Ferrell return as co-dads Dusty and Brad, with Mel Gibson and John Lithgow joining proceedings as their respective on-screen fathers. Gibson and Lithgow aren't the only Hollywood stars to appear, however, with Liam Neeson also making a small cameo.

In the film, Dusty and Brad's extended family go to the cinema to see a Liam Neeson-starring Christmas action movie, Missile Tow. Neeson lent his voice to the scenes and if Wahlberg has his way, we could be seeing more from him in a third instalment.

Ferrell also praised Neeson, saying he "didn't even hesitate" to get on board.

"He's someone that we thought we could give a call to, and we needed some sort of tough action hero-type actor," said Ferrell. "And Liam didn't even hesitate, he was like, 'I'll do it' and he was so sweet and does a very funny voiceover at the end of the movie." 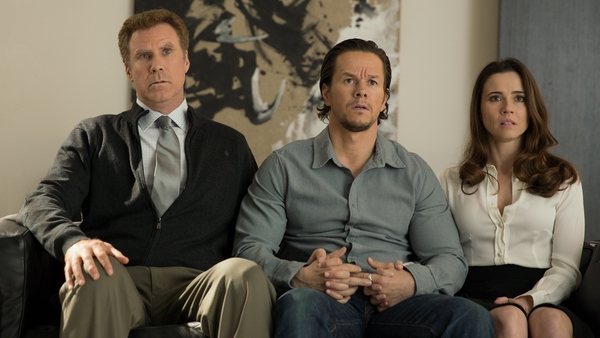