RTÉ News' Caitriona Perry and Keelin Shanley, who will be taking over as anchors of the Six One News in the New Year, will be among the guests on Friday night's Late Late Show.

During the show, host Ryan Tubridy will be hearing from Perry and Shanley about their new presenting roles, with returning Washington Correspondent Perry also set to discuss the first year of Donald Trump's presidency and the now-infamous incident when the US President singled her out while he was on the phone to Taoiseach Leo Varadkar.

Former Dublin full forward Jason Sherlock will be discussing his new memoir, Jayo, growing up mixed race in Ireland and the tragedy of his father's violent death.

The Rubberbandits' Blindboy Boatclub will also be in studio to talk about his new book of short stories,
The Gospel According to Blindboy, and the issues facing Irish society.

For the time of year that's in it, The Late Late will welcome spider expert Collie Ennis "and some of his furry friends" and there will be music from Declan O'Rourke and Martin Hayes.

RTÉ's Six One News was trending on Twitter on Thursday following the announcement that Caitriona Perry and Keelin Shanley would be presenting the programme from next year.

Perry and Shanley are replacing Bryan Dobson and Sharon Ní Bheoláin as the presenting duo of the Six One from January 2018.

Online commentators have been overwhelmingly positive in praising the newly appointed anchors, saying they're "top broadcasters", "really terrific journalists" and that there are "no two people more qualified".

Congratulations to @CaitrionaPerry  on"Six One News" appointment.  Her sterling broadcasts & delivery from USA were always impeccable.

Brill to see two great journalists bringing the stories that matter to us from Jan 2018 and beyond!  @KeelinShanley @CaitrionaPerry https://t.co/z0jyvWskB6

Congratulations, it's never easy to replace icons, but Caitriona Perry, you deserve it. https://t.co/LiUB7nIm92

Congrats to @CaitrionaPerry and @KeelinShanley on their move to Six One News. Well deserved.

Boom. I wouldn't mess with our new Six One News presenters, would you? Congrats @caitrionaperry and @keelinshanley :-) pic.twitter.com/a1o5AjPxSs

You really can't please people these days. Who cares if 2 women are going to front the six one news. They are professional  journalists!

Keelin Shanley and Caitriona Perry bring three decades of broadcast journalism with them and some lads are convinced it's a quota thing.

Nothing to do with being female, 2 top class journalists,

Shanley currently presents News at One on RTÉ Radio 1 and Crimecall on RTÉ One, while Perry is returning to Ireland from the US having been RTÉ's Washington Correspondent since 2014.

Meanwhile, the exiting Six One presenters Bryan Dobson and Sharon Ní Bheoláin are moving to new presenting roles within the RTÉ newsroom.

Ní Bheoláin will present the Nine O'Clock News on rotation with Eileen Dunne, and remain as a presenter of Leaders' Questions. She will also be the new presenter of Crimecall on RTÉ One, while Dobson joins the Morning Ireland team on-air from November 1.

Dobson was surprised on his final Six One News by a clip compilation to mark his 21 years with the programme. 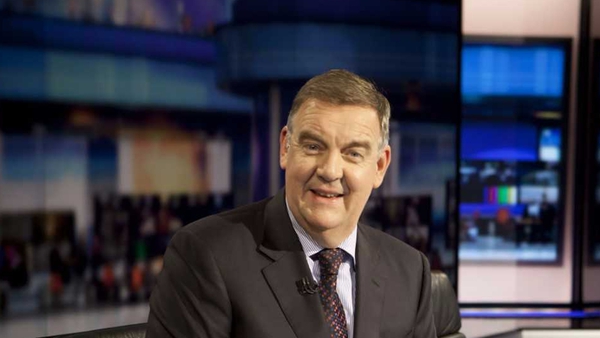 What a legend! Big love for Dobson after final Six One