Police in the UK and the US have launched investigations following allegations of sexual assault and harassment made against film producer Harvey Weinstein.

Merseyside Police said it had received a report of an alleged sexual assault in the London area in the 1980s, and referred it to Scotland Yard.

A spokesman for the Metropolitan Police said: "We can confirm the Met was passed an allegation of sexual assault by Merseyside Police on Wednesday 11 October.

"The allegation will be assessed by officers from Child Abuse and Sexual Offences Command."

In a statement released to the media, the New York Police Department said: "Based on information referenced in published news reports the NYPD is conducting a review to determine if there are any additional complaints relating to the Harvey Weinstein matter."

The NYPD added that "no filed complaints have been identified as of this time" and encouraged anyone who may have information to contact its CrimeStoppers hotline.

Weinstein, who co-founded the Weinstein Company alongside his brother Bob in 2005, was dismissed from the studio "with immediate effect" on Sunday following reports in the US media that he sexually harassed women over several decades.

On Tuesday, three women alleged that Weinstein had raped them in an article in The New Yorker. In a statement, his spokeswoman Sallie Hofmeister said: "Any allegations of non-consensual sex are unequivocally denied by Mr Weinstein."

Weinstein issued an apology days before his sacking after a report by The New York Times that said that the 65-year-old reached settlements with eight women who made sexual harassment claims against him. Since then, the list of accusers has grown. Among those who have accused Weinstein of sexual harassment are: Kate Beckinsale, Cara Delevingne, Angelina Jolie, Rose McGowan, Gwyneth Paltrow and Léa Seydoux.

In a lengthy Instagram post on Thursday, Beckinsale alleged that Weinstein had sexually harassed her when as a 17-year-old she arrived for a meeting with him at a London hotel.

"When I arrived, reception told me to go to his room. He opened the door in his bathrobe," she wrote.

"I was incredibly naive and young and it did not cross my mind that this older, unattractive man would expect me to have any sexual interest in him.

"After declining alcohol and announcing that I had school in the morning I left, uneasy but unscathed."

On Wednesday, Oscars organiser the Academy of Motion Picture Arts and Sciences said its Board of Governors would meet on Saturday to discuss "any actions warranted" against Harvey Weinstein following the allegations. 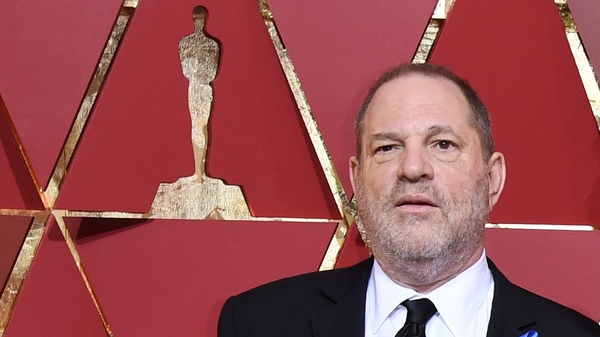 Oscars bosses to meet over Harvey Weinstein on Saturday