Ed Sheeran tickets officially go on sale at 9am on Saturday morning and fans are going to extreme lengths once again to make sure they can attend next year's gigs.

Last week, the 26-year-old singer announced his biggest Irish tour to date, with seven huge outdoor shows in Cork, Belfast, Galway and Dublin next May.

Sheeran's legion of 'Sheerios' around the country are eager to be front of the queue when their local Ticketmaster opens tomorrow, with some fans queuing since Thursday.

RTÉ's Western Correspondent Pat McGrath spoke to some of Sheeran's loyal fans in Galway on Friday morning, and said he was amazed at how more and more people keep joining the already impressive queue.

"It's 24 hours before these tickets go on sale but that hasn't stopped die-hard Ed Sheeran fans from arriving at OMG @ Zhivago - a Ticketmaster outlet on Shop Street in the centre of the city.

"Some of them turned up as early as 9pm last night to be first in the queue."

"I think it's kind of a situation that when one comes another one follows because as soon as people get word that there is a queue, its begins to grow and grow. There are 25-30 people in it at this stage," he said.

Ed Sheeran fans queuing in #Galway, more than 24 hours before tickets for Irish gigs go on sale. More on this  coming up on @morningireland pic.twitter.com/MpoVcvAwZV

Some of Ed Sheeran's most loyal fans are already queuing for tickets! Be safe and get some 😴 girls. ( @edsheeran ) pic.twitter.com/Et3gTO6K7Z

A local Corkonian also posted a series of tweets showing a long queue and people sitting on deckchairs outside Merchants Quay.

Tickets go on sale on Saturday... Would you be bothered? pic.twitter.com/Z4qru4IBrt

Sheeran announced last week that he will kick off his 2018 European tour at Cork's Páirc Uí Chaoimh on Friday May 4 and Saturday May 5, 2018. He then travels to Belfast to play Boucher Road Playing Fields on Wednesday May 9.

The mother of all Galway Girl singsongs will take place in the City of the Tribes' Pearse Stadium on Saturday May 12 and Sunday May 13.

Sheeran wraps up his epic Irish trek with two concerts in Dublin's Phoenix Park on Wednesday May 16 and Friday May 18.

They will then have to show ID confirming they are the original person who bought the tickets when attending the gigs next summer.

Ticketmaster apologised to fans after tickets for Sheeran's two 3Arena shows in April sold out in under five minutes leaving many fans disappointed. 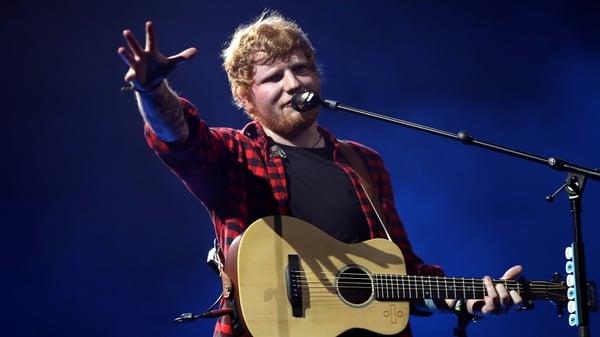