There were moments of absolute magic at Ed Sheeran's second of two sold-out concerts in Dublin's 3Arena on Thursday night, with the musician showcasing yet again his incredible one-man show.

The first time I saw Ed live was in the same venue in 2014 and it was an incredible gig. I was blown away by his ability to make such a large venue seem so intimate. He had us all on the edge of our seats, listening to every single word that left his mouth, and when he commanded it, the venue fell silent; we were in the palm of his hand, and it was stunning.

It was one of those shows that could turn an ambivalent listener into a real fan, and I couldn't help but marvel at the fact that he was doing it all by himself. 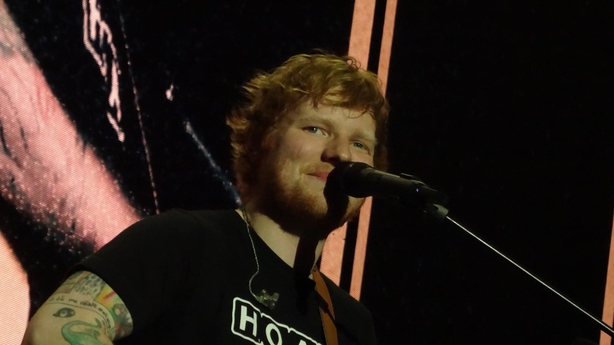 While this show was impresive, it lacked that special something that made previous Sheeran concerts as immersive. Don't get me wrong, at no stage did he drop the ball, hit a bum note, or fail to engage the crowd - he was excellent, but there was something different in the air. Expectation, perhaps.

There were moments of sheer magic however, with Bloodstream providing a definite highlight. Hearing the line "all the voices in my mind calling out across the line" chanted by almost 10,000 people, with their combined volume rivalling Sheeran himself, was unforgettable. Electricity flowed through the crowd.

Galway Girl live, while I'm not a fan of the song itself, was always going to be a huge moment, and no doubt it will be for every single Ed Sheeran concert in Ireland for the duration of his career, but when trad group Beoga joined him on stage, the crowd really let loose. He incorporated a verse of the original Galway Girl into his own song's intro which played extremely well.

Taking us through new songs like Happier, Dive and Eraser, and mixing in huge hits like A Team, Thinking Out Loud and Sing, Ed covered all bases – even throwing in a very brief cover of Rag'n'Bone Man's Human at the beginning of I See Fire – but it was a mash-up of Don't and New Man that was the highlight for me.

Mixing his two hilariously cutting diss-tracks together was phenomenal. So much sass, so much feeling, and the crowd loved it.

Having penned some popular love songs, it was no surprise to see a few proposals take place during the concert and Ed seemed truly overwhelmed with emotion by the first one as he sang Perfect.

He gushed to the crowd that even if the song doesn't perform in the charts, it will be immortalised for that couple forever and that his music will live on in people's memories even after his death, and sure that's the beauty of it all. Ah yeah.

To his fans he really can do no wrong and there were many happy people leaving the 3Arena tonight. 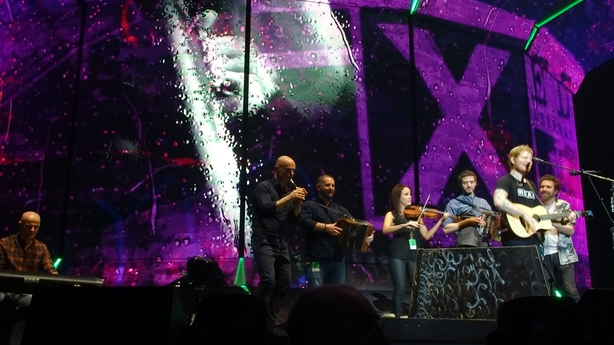 Finishing up with You Need Me, I Don't Need You, he left the crowd wanting more. Energetic to the end, and crowd-pleasing to a fault, if you're an Ed Sheeran fan you need to see him live, and if you're not, attending might just turn you in to one.