There have been renewed calls for legislation to be introduced to deal with "ticket touting" after tickets for U2's Croke Park gig next summer were being offered for sale on secondary sites immediately after it sold out.

Tickets to U2's only Irish concert this year were all gone from Ticketmaster on Monday morning in a matter of minutes and unlucky fans were left fuming that thousands have appeared on reselling websites, with some selling for over €1,000 - within seconds of Croke Park selling out. 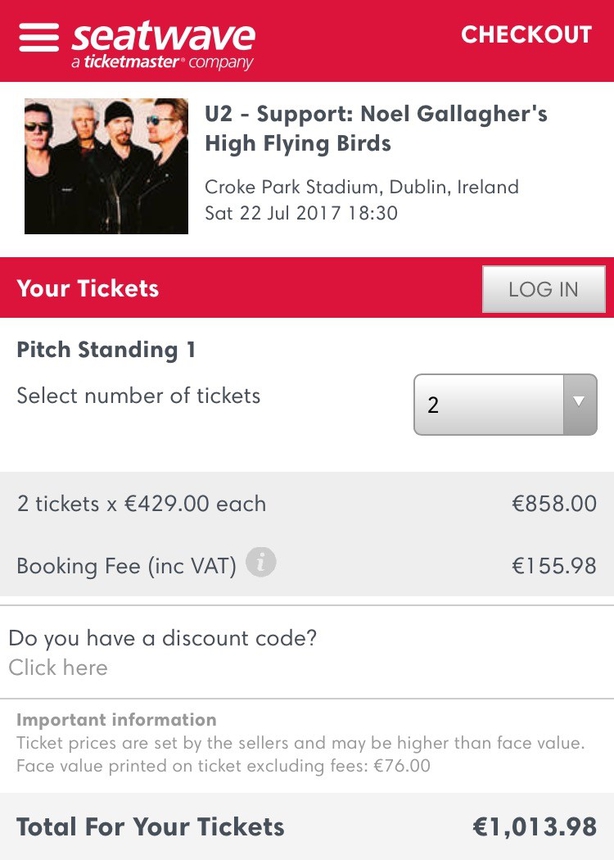 Ticketmaster, which also runs the re-sale site Seatwave, has defended its handling of the sale and says it is "committed to the overall ticket buying process to ensure artists get tickets into the hands of fans and never places tickets on secondary market sites."

Following the outcry, music fans and politicians have said the law needs to be tightened to tackle "ticket touting". Fine Gael TD Noel Rock is among several who are calling for legislation to be introduced.

"It's just not fair on true fans who couldn't obtain a ticket this morning. The Government now has to act swiftly to outlaw the re-selling of tickets over face value," he said.

Some fans seeking tickets for The Joshua Tree anniversary show even claimed they were told the most-wanted tickets were unavailable before they even went on sale.

No surprises, tickets all in viagogo for £200+ while #ticketmaster crashes #ripoff #U2

No U2 tickets on official site, but plenty for €1,000 via tout sites. Wonder what public appetite for Brazil-style anti-tout law would be.

#toutmaster strikes again ...100's of @u2 tickets on @seatwave already. something has to be done about @TicketmasterIre #U2TheJoshuaTree2017

I feel sorry for all those people that bought #U2 tickets at 9am only to find out they couldn't go at 9.01 and had to sell them on eBay etc

Many lifelong U2 fans weren't taking any chances with some camping out all weekend to ensure they didn't fall foul of the touts.

Top of the queue outside St Stephens Green in Dublin this morning was Vincent Kearns, who braved the freezing cold temperatures after he began waiting in line at four o'clock on Friday.

"I feel like the child in Willie Wonka who got the Golden Ticket! I’ve seen them 72 times," he said after nabbing his two tickets on Monday morning.

When the gig was originally announced by Bono and the gang, there was plenty of chatter that a second date would be added.

However, hopes have been dashed this morning with concert organisers saying the band will not add a second Croke Park date. However, on Monday U2 did announce a second London date for the Joshua Tree anniversary tour.

The band last played Croke Park in 2009 as part of the 360° Tour, and performed there for three sold-out nights.

U2's last hometown gigs were in late 2015 when they brought their iNNOCENCE + eXPERIENCE tour to the 3Arena for four sold-out nights. 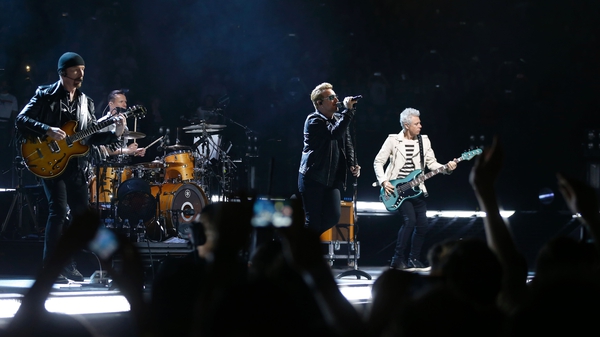