Ed Sheeran thinks being famous can be ''dangerous'' and admits he knows he's not everyone's cup of tea.

The 26-year-old singer, who recently quit Twitter over trolls, admits he is faced with "extreme" levels of both "hate" and "adoration" from the public.

"There's two extremes. It's actually quite a dangerous situation to be in because you've got no middle ground, which I haven't had before."

"People either f***ing hate me and want me to die and never make music again or people think I'm the second coming.

''It's weird. Musically, I understand that I am not everybody's cup of tea but there are people who've never met me but have this rage about me as a human being. It's quite daunting to have millions of people who wants you to fail. The only way to silence people who want you to fail is to keep succeeding," he added.

Sheeran also opened up about his latest track Galway Girl, which stars Saoirse Ronan in the video saying he knows the track is "proper Marmite".

"People do f***ing hate Galway Girl. That song's called proper Marmite, which is quite good. I want to have people to have an opinion, even if their opinion hurts me. I get called beige a lot but it can't be beige if it's splitting this much f***ing opinions." he said. 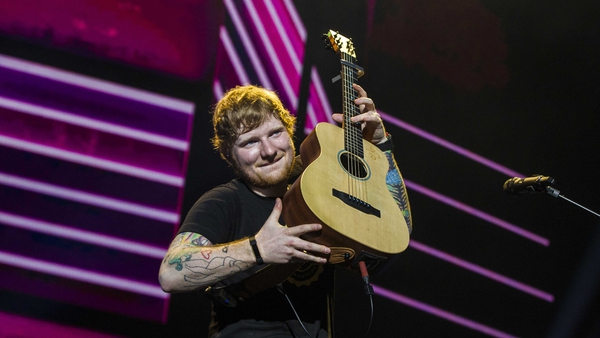