Noel Gallagher is said to be donating all recent profits from Oasis' hit song Don't Look Back in Anger to the Manchester fund, amid reports that he was not asked to perform at the One Love Manchester charity concert because he was on holidays.

The singer-songwriter has been hit with a tirade of abuse from his brother Liam for not turning up to perform on Sunday  at the benefit gig, organised by Ariana Grande, to raise funds for the victims and families of those affected by the Manchester attack which occurred on May 22.

Twenty-two people were killed and dozens were injured in the suicide bomb attack at Grande's concert at the Manchester Arena.

Noel Gallagher was on holidays in Italy with his family and, according to Liam, refused to cut short his break so that he could reunite with his brother to sing some of Oasis' biggest hits at the gig alongside Grande and Coldplay.

He added: "Oh and if anybody's seen rkid [sic] tell him he can come out now as you were x"

"Manchester, I'd like to apologise for my brother's absence last night. Very disappointed. Stay beautiful, stay safe. Noel's out of the f****** country. Weren't we all love. Get on a f****** plane and play your tunes for the kids you sad f***.

"It ain't about Oasis. It's about people helping other people and he's once again shown his true f****** colours."

However, according to The Sun Noel was never approached by Coldplay's Chris Martin or event organisers Scooter Braun and Ariana Grande to sing at the tribute gig in the first place.

A source told the paper: "Noel has been getting a real bashing for not being at the gig, which is totally out of order.

"He's been hugely supportive of the cause but hasn't gone public as, in his mind, it's not about him. The fact he wasn't asked to even perform at any point by any of the organisers makes a mockery of Liam's claims."

Coldplay performed Oasis' chart-topping hit, Don't Look Back in Anger at the fund-raising event. The song, which was written and originally sung by Noel, is experiencing a resurgence since becoming a haunting anthem for the families of those affected by the suicide bombing, and has been played at the victims' funerals.

Simon Kelner of the i newspaper in the UK claims that the older Gallagher brother will be donating "all profits from sales of the song since the bombing to the We Love Manchester campaign".

While Noel has not officially confirmed his generous contribution to the fund, he did retweet the article by Simon Kelner which revealed his gesture.

.@NoelGallagher has donated all profits from sales of ‘Don’t Look Back In Anger’ to the We Love Manchester campaign https://t.co/1JzBBmZB0n pic.twitter.com/S2kaOnYGTb

Coldplay frontman Chris Martin has also defended Noel's no-show, saying everyone was aware in advance that he could not make it.

He tweeted: "Thank you @noelgallagher for giving your blessing and encouragement to play don't look back in anger and live forever on sunday.

"Everyone knew in advance you couldn't be there physically, so thank you for being there in spirit and for lending us those incredible songs. love cm.

"And thank you @liamgallagher, that was awesome x cm + jb."

2/ everyone knew in advance you couldn't be there physically, so thank you for being there in spirit

3/ and for lending us those incredible songs. love cm

4/ and thank you @liamgallagher, that was awesome x cm + jb 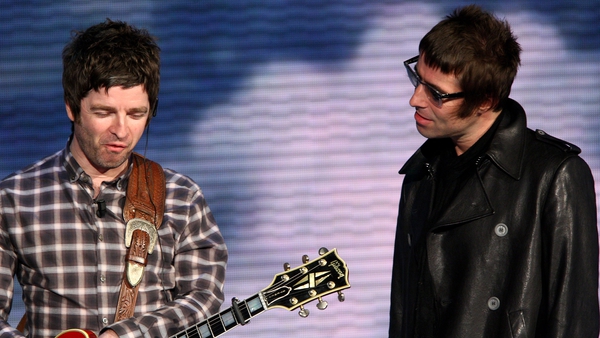 Liam: 'Working with Noel bores the death out of me'