Singer Brendan Murray has said nerves were not a factor in his Eurovision Semi-Final performance, explaining that he settled them by pretending to be at home in Tuam as he tried to book Ireland's first place in Saturday's Grand Final since 2013.

Despite not making it through to the final with the song Dying to Try, the 20-year-old is upbeat about his performance on Thursday and told Kathryn Thomas on RTÉ Radio 1 that singing on Wednesday night for the jury vote had been "more nerve-wracking" than the semi-final itself.

"The live [semi-final] performance, for the first few seconds I just closed my eyes and I pretended I was in my bedroom or my kitchen and I just came alive then myself," he recounted.

"I can safely say it was the best three minutes of my life; I just threw the whole kitchen sink at them."

Murray said he "wanted to do my best for all my friends, and family and my country".

. @brendan_m96 absolutely killed it on the #Eurovision stage! He did Ireland proud. pic.twitter.com/NeTk5KZoSv

He was joined on the show by music mogul Louis Walsh, who had mentored him for the Eurovision.

Walsh told Thomas that the singer was one of the most popular contestants in Kyiv, but the competition is just "so different" and "a lot bigger than people think at home".

When asked who he thinks will win on Saturday night, Murray said either Portugal or Italy.

Speaking to Nicky Byrne and Jenny Greene earlier on Friday on RTÉ 2FM, he said of the competition: "It's so hard - you go out there and you do your best, but it depends on the night and how good your song is."

"Louis was happy," Murray added. "He said there was nothing more I could do and I was happy to hear that.

Murray also said he hopes that Austria's Nathan Trent does well this Saturday - no surprise as they previously teamed up to do a cover of Beyoncé's hit song, Halo.

"He's a great guy," said Murray. "I was delighted for him when he got through and I hope he goes on and that he does very well."

"I made good friends with the guys from Norway and also Denmark and Spain," he continued.

"The standard of talent this year is phenomenal."

When asked if he would represent Ireland in the contest again, Murray said yes - but he would make some changes.

"I would look at things differently and see what we can tweak."

Eurovision Automatic Qualifiers: Who to watch out for? 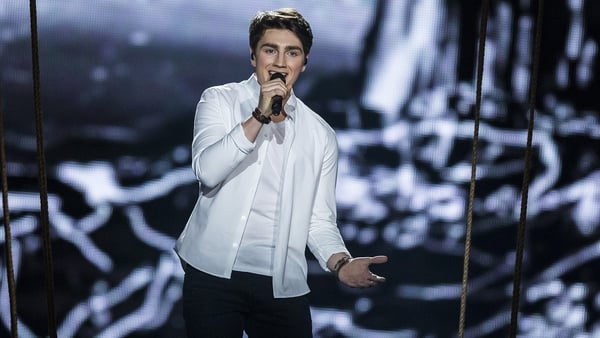 Eurovision Semi-Final - as it happened