Eurovision commentator Marty Whelan has told RTÉ Entertainment he has brought his "lucky underpants" to this year's contest in Kiev - and he wants to be wearing them on Saturday.

After the disappointments of recent years, Ireland is hoping for a great night in Thursday's second Semi-Final in Kiev when Brendan Murray sings Dying to Try.

"Thursday is our Eurovision because we're in the semi-final," Whelan told RTÉ Entertainment before flying out to join the preparations. "And if we don't get out of it that is our Eurovision."

"I really want this guy to be in the final," the lyric fm presenter continued. "He's a good guy; he has a really good voice, it's a nice little tune. It'd be great if we could make it."

Whelan described Nicky Byrne not making it to the final last year as "ridiculous".

"It's awful," he said of Irish disappointments. "I tend to take it personally. I tend to feel, you know, 'The lousers!'

Whelan said that with Ireland winning the Eurovision more than any other country, there's "a certain national pride going on".

"It's not the commentators' fault," he added. "It's down to the people who vote across Europe and all the rest of it, and only they can decide.

"We really need to be in the final on the big night," Whelan concluded. "I've my lucky underpants and everything - and I want to wear them!"

Watch Ireland in the Eurovision Song Contest Semi-Final this Thursday on RTÉ2 at 8pm.

Here are the acts to watch out for in Tuesday's first Semi-Final (same time, same channel). 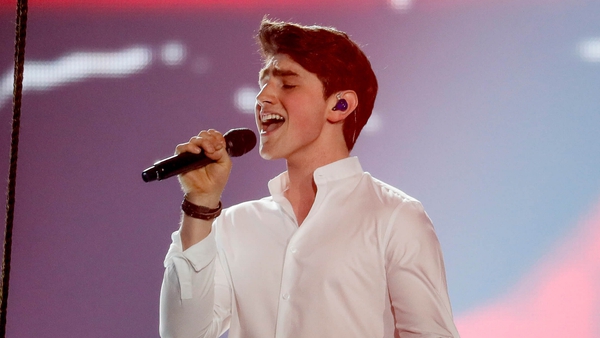