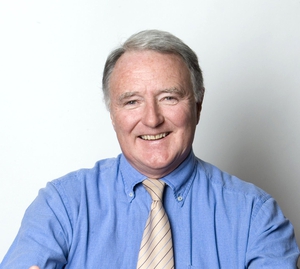 Like many people, but not many enough, I’m appalled by recent events in Gaza.

I’m currently holidaying in America, and, apart from a handful of outraged national journalists, the reaction seems to be one of ‘ Oh well, maybe they got what they deserved. And,anyway Hamas is behind the whole thing'.

Having visited the Occupied Territories last September as part of a Palestine Tours group (self-financed, I might add), I would venture a far different view.  I witnessed young Palestinian men being ritually humiliated by the Israeli Defense Forces....at Security barriers, in the interminable queues at checkpoints, in the streets, being pushed, strip-searched, having their belongings strewn about the road, shouted at.

I recall thinking as I watched, ‘well if you wish to create future terrorists you’re going the right way about it’. I was reminded of an incident I witnessed on the bridge in Derry during the seventies when I saw two teenagers being bullied and harassed by three British soldiers. Their anger was palpable. And, of course, those of us who had occasion to cross the border during the ‘Troubles’ will have experienced , as guns were pointed at us by young British soldiers, from ditches and literally in your car window, a reaction of ‘ how dare they do this to us in our own country’.

The cackhanded decision by the current American President and his administration to move the U.S. Embassy to Jerusalem was incendiary in both concept and execution. And it’s timing couldn’t have been worse. Bad enough to see on tv here the juxtaposition of images between the triumphalism in the embassy and the carnage 50 miles away in Gaza, but then to be treated to the sight of a large group of right-wing Zionist thugs rampaging through the Muslim quarters of the Old City of Jerusalem  shouting at, and provoking the Palestinian inhabitants.

Gaza is ready to explode - overcrowded, seething in resentment against the partisan policies of Israel, and despairing of any prospect of a return to the lands from which they have been dispossessed. The young people of Gaza don’t need Hamas to spur them into action, sadly an action that has cost many of them their lives.  These seventeen-year-olds have seen their grandparents ripped forcibly from their homes and lands and left to die in a refugee camp, their parents deprived of any kind of dignity in their daily lives, and they themselves, jobless, hopeless and effectively faced with the prospect of seeing out the rest of their lives in a prison.

Wouldn’t any of us want to show the world our anger?

I visited South Africa during the apartheid era and I believe that the Israeli Policies of deprivation and humiliation are as evil, if not more so than those perpetrated by the Boers. And it is frustrating, for those of us who would like to be of some use, to feel that it’s impossible to get the ear of politicians, and governments, and the lamentable UN, to enact some practical expression of support for the forgotten people of Palestine.

We need your consent to load this rte-player contentWe use rte-player to manage extra content that can set cookies on your device and collect data about your activity. Please review their details and accept them to load the content.Manage Preferences
Mike Murphy on RTÉ Radio One's Liveline

We can just keep banging the drum. And while on music....

I believe that the Irish people, the Irish government and RTÉ should boycott next years Eurovision Song Contest in Tel Aviv. Remember, it was the refusal of athletes, footballers and entertainers to visit  Apartheid South Africa, not to mention the courageous actions of the Dunne’s Stores women, that helped bring about freedom there. And let us not forget that there were many occasions during our own ‘Troubles’ when peace was just a word and an aspiration. Yet courage and persistence won the day.

Now, with the overwhelming referendum result in hand, we have shown the world that we are a progressive, independent and compassionate people who can lead the way as an example in world diplomacy. Why not step up to the plate and publicly affirm our support for Palestine?

We the Irish people,  RTÉ and the government, would be seen to support the worldwide BDS (Boycott, Divestment and Sanctions) campaign against the actions of Israel and to take a significant moral leadership role.

It might only be a featherweight slap on Israel’s wrist, but it would be a gesture that may, just may, find echoes elsewhere.

In the interest of fairness and balance, RTÉ.ie have published a response to this opinion piece here

Michael James Murphy (born 20 October 1941) is an Irish broadcaster, actor and property developer. He is best known for his long broadcasting career with RTÉ, presenting many TV shows such as The Live Mike, Winning Streak and The Big Interview.