This new 586-page biography from Professor Richard Greene - no relation - considers Graham Greene, the writer and the public man, the unflinching traveller into trouble and forensic investigator into the human condition

"I put the muzzle of the revolver into my right ear and pulled the trigger," the writer Graham Greene once wrote, revealing his dalliance in London in 1923 with the possible end of his earthly existence and ensuing annihilation at a spot called Ashridge Beeches on Berkhamstead Common.

"There was a minute click and looking down at the chamber I could see that the charge had moved into the firing position," he related. "I was out by one."

"The discovery that it was possible to enjoy again the visual world by risking its total loss was one I was bound to make sooner or later," Greene declared furthermore, in a startling admission of his experience with a loaded revolver and playing lottery with his young life.

Such a revelation makes you sit back and reflect on a few things - what kind of individual would want to dally with Russian Roulette, anyway? This event was reputed to have taken place not long after his time at Oxford's Balliol College. He studied History but, aside from the studies, there were nights of dangerous drinking. 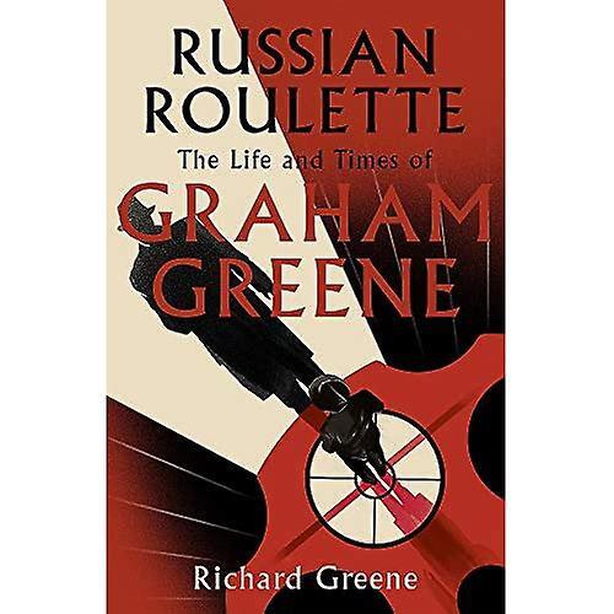 Greene, unquestionably one of the greatest novelists of the twentieth century in any language, was born in 1904 in Berkhamstead in England. Despite his tempting fate with weapons, he lived until 1991. A moody, enigmatic individual, he wrote novels that were devoured by many of us in the 1970s. We read him even though his ouevre was markedly absent from our English Lit course at UCD. Was he regarded as middlebrow? I believe he was.

Notwithstanding this, novels such as A Burnt-Out Case, The Heart of The Matter, The End of the Affair, The Comedians, The Power and the Glory, and Our Man In Havana seemed to open up the world in ways that no one else did. Certainly not Saul Bellow, who great though he was, seemed confined to one milieu, gritty Chicago by way of a lofty but curiously shallow academe at times, though not always.

Well-received and hugely popular screen adaptations followed many Greene's novels. The brooding, noir-shadowed Brighton Rock was made into a celebrated 1948 film starring Richard Attenborough as the psychopathic Pinky Brown (Greene also wrote the screenplay). One should not forget - although one is tempted to - the vaguely unreadable memoir, A Sort of Life. Happily, there were more accessible plays and short stories and the novel The Human Factor was a great, late flowering. This tale of deeply-occluded espionage was published in 1978 and adapted into a 1979 film, directed by Otto Preminger with a screenplay by Tom Stoppard.

The Comedians, which was set in Haiti during the infamous Papa Doc regime, featured in its 1967 film adaptation a quartet of cinema royalty, namely Richard Burton, Elizabeth Taylor, Peter Ustinov, and Alec Guinness.

Much later, The End of the Affair was adapted for film by Neil Jordan, with Ralph Fiennes, Julianne Moore and Stephen Rea, all poise and affect. Released in 1999, it is one of Jordan's greatest films by a long shot and he also wrote the screenplay. On the other hand, the redoubtable Micheal Caine did his best in an underwhelming treatment of The Quiet American, directed by Philip Noyce, and released in 2002. The novel is much better.

What does that loaded revolver incident recounted above say about a man who would convert three years afterwards to Catholicism - however ambivalently - and be therefore duty-bound to believe in an afterlife? He was baptised into the Catholic faith in 1926 after meeting his future wife Vivien Dayrell-Browning, to whom he remained married until his death. The biographer considers the enduring marriage and the clandestine affair that reputedly inspired The End of the Affair.

Greene suffered from manic depression, and its searing mark upon the life and the work is explored with commendable authority and sensitivity by Richard Greene, who is professor of English at the University of Toronto.

The 586-page work considers the writer and the public man, the Communist party flirtation and the abiding commitment to Communist ideals throughout his long life. Quite a deal of space is devoted to Fidel Castro, with whom Greene discussed Catholicism. There is fascinating material on the novelist's friendship with Kim Philby (1912-1988), the notorious British intelligence officer who was a double agent for the Soviet Union.

Also recalled in fascinating detail are the dogged, determined visits in pursuit of slippery, complicated truth in trouble spots of the world. Greene found himself in a particularly perilous situation during the Six-Day War in Israel in 1967, but he lived to tell the tale. There were risky encounters during the Vietnam War too and a different kind of danger in Haiti, where he was out of favour because of his none too flattering portrayal of Papa Doc Duvalier's Haitian dictatorship in The Comedians.

The short chapter Banned in the Republic of Ireland is misleading in its title as it actually deals with the reception, and not just in Ireland, to Greene's 1948 novel, The Heart of the Matter. His singular interpretation of Catholic dilemma and dogma and his portrayal of the character of Scobie landed Greene in a welter of controversy. The Irish censor banned The Heart of the Matter.

In those hidebound 1940s, some troubled priests and lukewarm Catholics of a certain bookish disposition believed that Greene's dramatic scenarios, with their ethical explorations, might help them with their scruples and doubts. According to his latest biographer, Greene intensely disliked this and would have preferred that such conflicted individuals would visit psychiatrists.

He travelled with serious intent to Malaya, Liberia and the Congo, where he found the real time material for his books of fiction and reportage. The writer was passionately involved in momentous events around the globe and his novels still have the feel of visceral, in-the-field journalism.

That is quite aside from the utterly convincing investigations into the darkest recesses and the doomy fragilities of his protagonists, affording us profound insights which are still applicable. Greene could do with a revival.