Poet Patrick Deeley renders things in their innate complexity in his seventh collection of poems, tilting boldly towards ancient civilisations, the mysteries of the universe, while delighting too in nature and the wild.

Amcotts Moor Woman takes its title from the name of the body of a woman discovered in a bog near the village of Amcotts in Lincolnshire in 1747. Only the left shoe or sandal has survived of what the woman once wore on her feet. Half the pair of sandals endures, if you will, reminiscent of the half measures in another poem, Half-carcass of Calf.

The latter poem shows Deeley in his element, the place of his fair seed time, the Callows, that marshy East Galway land near the family home in The Hurley Maker’s Son, his absorbing memoir which was short-listed for the 2016 Irish Non-Fiction Book of the Year award. In the poem, the half-gone calf rolls in on the waves to the water's edge where the poet discerns it.

. . .  the appeal to emotion his truncated form/ is still able to make – of life’s lovely gambol/ through Callows grass, of how barbarity shadows the loveliness/ always, tricked up in the clotted primordial.

This is not the first poem in recent times written by a Dedalus Press poet concerning a dead calf seen at the fringes of the sinuous loughs that make up the middle reaches of the Shannon. Eleanor Hooker’s poem A Weather Eye features a dead calf whose ear and tag have been severed, a young beast which seems alive when gently rocked by waves - As I crouch, the dead calf lifts her head drunkenly.

Boxes is an intriguing few verses, built up from a number of stray phrases that are the enzyme of the poem. In an epigraph, the poet cites the phrases in question - The rustle of mouse/The stink of fox/The thump of rain – which he has seen written on a box of art materials. This leads him to contemplate sightings of unusual occurrences as `wonder again becomes the child of some/unfathomed thing.’

There is indeed a wonderful, kinetic energy to these lines:

Natural phenomena, preferably inexplicable,/spur me when I write, such as balls of lightning that spin/and float, now fast, now slow, now up/now down, as if possessed 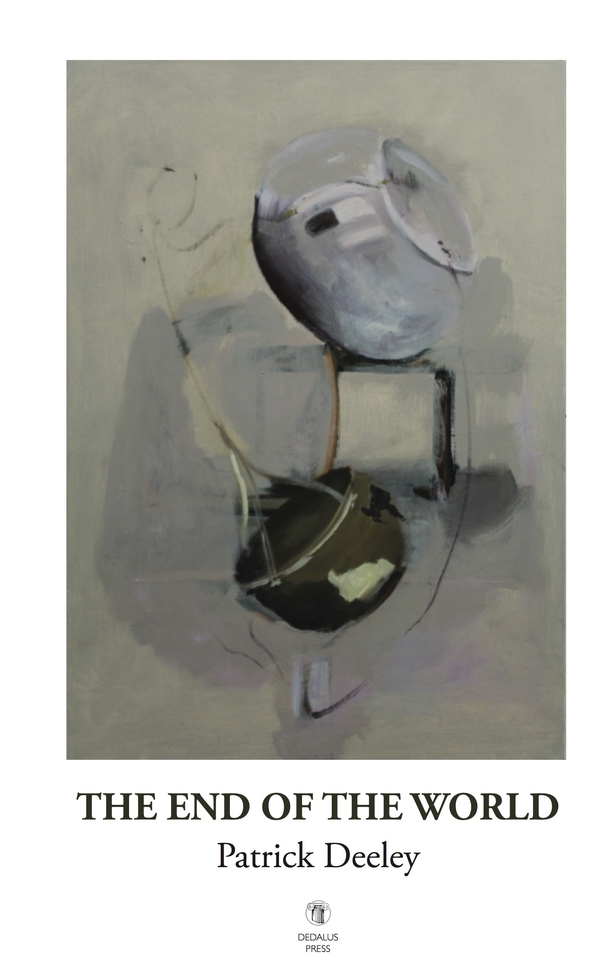 The poem, The Invisible Man, may well hark back to the film of that name – there have been a few versions, based on HG Wells’ celebrated novel. The poem concludes as though the 1960s TV night were ending and a humdrum reality was returning to an East Galway farmhouse. The young viewers disentangle themselves from the glamorous TV persona whom they each have adopted or inhabited.

Meanwhile, the open fire at our backs dies down;/We remember the draught under the door that’s been there/ all along, so stop walking in his lenient leather/shoes, fumble for the muddied farmyard boots that seem/no longer to fit us and, one at a time, twist into them.

There are poems which revisit the Battle of Aughrim, ancient Anatolia and Egypt, Galileo and Copernicus, Iron Age man in County Offaly and a T Rex skull. There are poems too which revisit the lives of the poet’s father and mother, who featured so vividly in The Hurley Maker's Son. My Mother’s Getaway is one of the strongest poems in this remarkably rich collection. In the course of the poem, the narrator-poet recalls his mother's phrase `go across’, which was her shorthand phrase for her rambles, free for an hour or so from the tasks that were her life, day in day out.

She’d go/morning or evening to the nurture/of not thinking, her feet swishing/through coarse meadow - /go across, away from child and beast/and man, go beyond concern.

Fascinated by the empirical evidence, Patrick Deeley displays a questing, questioning spirit before nature and the universe with a natural sense of awe before the mysteries.