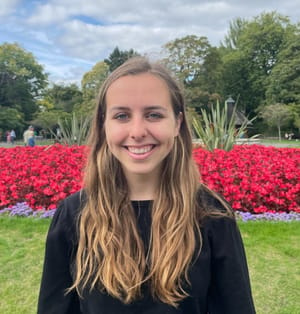 Analysis: our ancestors knew a thing or two about curing the common cold and other afflictions that occur at this time of year, so what can we learn from them?

It's that time of year again. The sun sets a little earlier, the wind howls a little louder, and the rain feels a little colder as it falls upon your face in these autumn and winter months. Of course, with the change in weather, more and more people seem to be getting sick, with a symphony of coughs and sneezes following you into every nook and cranny on this island.

Luckily, Irish people have a rich medical history that has seen them through the harshest of seasons. With doctors of both "official" (monks and hereditary physicians) and "unofficial" (wise women and herb doctors) backgrounds offering their services, the ancient Irish knew a thing or two about curing the common cold and other afflictions that frequently present themselves during this time of year. So, who were these doctors, and what can we learn from them?

Prior to the 13th century, monks were the "official" doctors providing medical care, which consisted mainly of plants and prayers to preserve the souls of the sick. Because the 1163 Papal Edict of Tours drew the line at bloodletting when it came to monastic surgeries, the monks quickly lost their business to hereditary physicians.

Predominantly father-and-son ("hereditary") physicians, the next "official" group, were followers of Hippocrates and Galen, and they took care of the clan lords by visiting them at home and making sure their four humours were balanced. In the event of imbalance and illness, blood was removed on days decided by the astrological calendar. Cautery and cupping with a gipne were their other surgical specialties. However, given that bloodletting went out of fashion in the eighteenth century, it might not be the best way to get rid of a stuffy nose today!

On the other hand, the "official" physician of ancient times would likely have recommended an herbal treatment, a visit to a sweating house, or tried-and-true bedrest. Some charms were also employed, such as putting a hare’s heels near your stomach to relieve pain or wearing a dog’s right foot over your arm to alleviate a fever.

These practices suggest that despite being part of the mainstream medical community, "official" doctors held a touch of the same superstition commonly associated with "unofficial" doctors of the time.

So who did and did not get treated?

If you weren't a clan lord in ancient Ireland, then accessing medical treatment looked a little bit different for you. You would likely visit an "unofficial" doctor, typically an old woman, or "bean na luibheanna" ("wise woman"), from the community who was "chosen" by religious or folkloric forces to heal others. Men also worked in the "unofficial" realm as herb doctors, and the seventh son of a seventh son was anticipated to have special medicinal powers.

Informed by the doctrine of signatures, which suggests that a plant’s appearance hints at its usage, these doctors would commonly prepare an herbal remedy to relieve sickness.

What would they recommend?

To vanquish colds, carrageen Irish moss (Chondrus crispus) was boiled and drunk, or combined with burdock root, furze tops, and broom to soothe coughing. If a sore throat was bothering you, then drinking the juice of dulse (Palmaria palmata) or gargling sage might be advisable. Creeping willow (Salix repens) was dispensed to mitigate headaches, while purple laver (Porphyra umbilicalis) or burdock could help with an unsettled stomach.

From RTÉ Lyric FM's Daybreak with Evonne Ferguson, how primrose was used as a cure for aches and pains

Burns were a common injury and remain to be so, especially amidst all the holiday cooking and baking we do. To promote healing, common chickweed (Stellaria media) and ivy (Hedera helix) were used.

In addition to herbal treatments, frequent visits to holy wells were made in the hopes of restoring good health, and various rituals and prayers were also observed. For example, another option for treating a sore throat was holding a gander’s head in your mouth.

Burns could supposedly be healed if licked by a healer who had previously licked a lizard. In terms of fever, having a donkey present was key to promoting recovery if for no other purpose.

Read more: The superstitions and mysteries around Ireland's 'fairy forts'

If these strategies didn’t work, then your condition might be of a darker nature, and visiting an "unofficial" doctor who specialised in fairies, or the evil eye, would be your next best step.

Did these treatments actually work?

With the rise of modern medicine, some of these "official" and "unofficial" practices have become objects of derision. You might be wondering whether the positions of the moon and sun really impacted the outcome of ancient surgeries. More importantly, you’re probably hoping that you don’t have to lick a lizard or suck on a gander to treat your next ailment!

But at the end of the day, no one truly knows whether or not these tactics actually helped - yet the Irish people’s deeply-held superstitions and religious inclinations drove them to observe them anyway. Even now, a degree of superstition still exists, with medical knowledge and traditions still passed down in some families and "unofficial" herbs and charms still being used in some Irish communities.

Read more: What was behind the Irish grá for garlic as a folk cure?

Undoubtedly, herbal medicines remain a crucial medical resource, used by billions of people globally to address a variety of conditions. As a result, while some ancient practices might seem strange or unbelievable, we should not be so quick to dismiss them.

Ultimately, the work of these physicians offers an invaluable insight into how ancient people viewed disease, treatment, and health in general. It also forces us to think about contemporary medicine and the ways in which things have improved and deteriorated over the years.

Also, the passage of time does not guarantee that things have changed for the better; we have a lot to learn from our medical predecessors, both "official" and "unofficial." But for now, their resilience and resourcefulness, especially amidst the dank Irish autumns and winters, should be an inspiring example for us all. Best wishes for a healthy holiday season!

The author is not promoting or endorsing any of the described treatments; this article seeks to describe the medical practices of "official" and "unofficial" doctors in ancient Ireland. Proceed according to your own credo!