Analysis: whenever an epidemic has emerged, garlic has been one of the first preventive and curative remedies to be tried out

The coronavirus is barely five months old, yet folkloric "cures" for this totally new condition had spread worldwide within four to five weeks thanks to social media. Indeed, this is the first transmission of folklore cures for a pandemic that has gone global. By the end of January 2020, numerous posts of supposed "cures" had circulated on social media platforms, especially Facebook and WhatsApp.

In relation to the pandemic of cures espousing the use of garlic, the World Health Organisation tweeted the following statement on February 2nd: "Garlic is a healthy food that may have some antimicrobial properties. However, there is no evidence from the current outbreak that eating garlic has protected people from Covid 19". 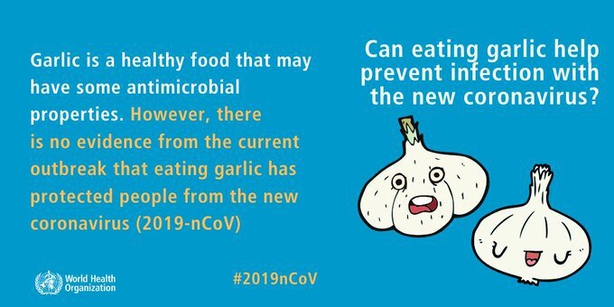 One particular cure (with small variations) was repeated on numerous social media platforms as well as on some mainstream news sources: "Good news, Wuhan’s corona virus can be cured by one bowl of freshly boiled garlic water. Old Chinese doctor has proven its efficiency. Many patients has also proved this to be effective. Eight cloves of chopped garlics add seven cups of water and bring to boil. Eat and drink the boiled garlic water, overnight improvement and healing. Glad to share this…"

Apart from the grammar and typo errors in this Facebook post, it was also comprehensively debunked. But why do people espouse garlic as a cure? What makes garlic stand out from all other plant substances?

Native to Middle Asia, there are differing viewpoints as to garlic's exact origin, one of which is that it originates from West China. We know that garlic was used in remedies in China since 2700 BC. Hippocrates (459–370 BC) talks about garlic as a remedy for several ailments as did Dioscorides (40–90 AD).

From RTÉ Lyric FM's Naturefile, a look at wild garlic

Garlic has frequently been used as a remedy during numerous epidemics in the past (typhus, dysentery, cholera, influenza). Indeed, whenever an epidemic has emerged, garlic has been one of the first preventive and curative remedies tried and this pattern continues with the current coronavirus pandemic.

The use of garlic for medicinal purposes has a very, very long history globally and we know historically it was one of the first therapies tried in times of previous epidemics. Ireland possess probably the largest archival record of folk cures in Europe within The Schools' Collection (1937 -1939) with approximately 740,000 pages of folklore compiled by pupils from 5,000 primary schools. Within the collection, "cures" involving garlic addressed multiple ailments. However, the overwhelming majority of them focus on respiratory conditions such as a sore throat, hoarseness, the common cold, flu, chest infections, asthma, whooping cough and TB, better known and referred to during this time period as consumption

The collection shows that garlic was often used to treat the common cold. "Garlic when boiled on sweet milk is an old remedy for colds. The little pods are boiled on the milk and the milk is then taken" (Co Donegal). It was also advised as a preventative therapy: "garlic is good for preventing colds and flu and certainly contains wonderful properties" (Co Monaghan).

There is also reference to the use of garlic as an amulet during the influenza epidemic in 1918. "During the great epidemic of influenza, people carried garlic round with them as it was considered very good for keeping the 'flu away". (Co Galway). Garlic was also given as a cure and as a longer term treatment for asthma: "boil some garlic and if the person suffering from this disease takes a spoonful of this each morning a cure will be effected" (Co Kildare).

Some cures for consumption or TB specified the differing ways garlic should be used at differing stages of the disease. "Those in the early stages of tuberculosis were treated with this herb. A piece of garlic was placed between the stocking foot and the sole of the shoe of those who were affected. When a person reached the advanced stages of the dreaded disease of tuberculosis a cage was placed on his head to which, on a space provided opposite the nostrils, was attached a piece of sponge which had been dipped in the essence of Garlic was said to prolong the person’s life". (Co Louth) The idea here is that, in the early stage of tuberculosis, the sap from the garlic would travel upwards from the feet, through the body to the lungs.

Very similar cures are also advocated for the common cold and whooping cough. "If you put garlic under your foot in your shoe it will cure whooping cough". (Co Westmeath). Other whooping cough cures suggest that "donkey's milk and boiled garlic is a cure" (Co Waterford). Again, garlic was also used as an amulet or charm to protect against, as well as treat, whooping cough: "a piece of garlic hung over the bed of a child is considered a preventative of Whooping Cough - or if already contracted a cure for it" (Dublin)