Analysis: many people truly believed in these folk cures, rituals and charms and felt better, perhaps for psychological reasons

In the old days in Ireland, people without the understanding of science that we have today often blamed illness on invisible outside forces, bad luck or enemies who could cause harm. Many used folk cures alongside the conventional medical treatments of the day for the treatment of the most common and non-serious ailments. Some of these cures involved rituals of sacrifice, magic or verbal charms or acts of sympathetic magic.

Rituals and charms could be practised by patients or carers, but outside help could be sought in the form of a practitioner of folk medicine such as a faith healer, herbalist or a person with 'the cure' for a particular disorder. Healers were important and obtaining a cure often had some benefits to patients, even if the actual cure had no scientifically proven advantage.

Many patients truly believed in the cure and felt better, perhaps for psychological reasons. Even those who did not profess a belief often took their chances with folk cures. Faith healers had a social and medical function to fulfil. Money was never the motivating factor and they would only occasionally accept a donation at the patient’s discretion.

Other people were known to have ‘cures’ or ‘the cure’ for certain diseases and had been deemed curative by birth. The seventh son of a seventh son, for example, could have a cure, as could a man who had never seen his father. Some ‘inherited’ their cure from a parent or relative, where the cure was transmitted during a special ritual. Others gained their healing powers through a ritual: one example is a person who licked a lizard nine times over a particular time period and at a specific location could gain the cure for burns.

Rather like our hospital consultants today, many healers specialised in certain ailments. Some had the cure for gallstones, while you went to others for eczema or thrush. There were also hereditary bone-setters who learned their trade not from magic, but from years of observing their relatives perform these tasks. However the healer’s knowledge was gleaned, it was closely guarded and not disclosed to anyone (except if they wanted to bequeath the cure to another).

Herbs for herbal medicine were considered to be more effective if they were gathered at night or at certain times of the year, such as May Eve. One belief was that herbs would be even more potent when laid for a time in a dead man’s hand. Such herbs as ground ivy, eyebright, groundsel, young hawthorn shoots, elder bark and foxglove were especially valued. Yarrow was considered best for cures and potions and was sewn into clothes to prevent illness. Dock leaves are still considered a folk cure for nettle sting.

Often, the intervention of a folk healer was not required, and people practised their own folk medicine. Some popular cures involved transference rituals: many believed mumps could be transferred by rubbing one’s head on the back of a pig. In a similar way, one cure for warts was to collect pebbles for each wart and leave these at a crossroads, in the belief that whoever then took the pebbles would get the warts. There were types of wasting cures, which involved leaving an offering representing the illness to decay somewhere, like a rag on a particular tree at a holy place.

There were also many home remedies. Septic sores were treated with poultices, some made from bread or grated potatoes, while herbal poultices were also made. Moss and cobwebs were used to treat wounds and bleeding. Beaten eggs and honey were given for coughs. A crude form of penicillin was made before the drug was formally introduced by using mould that had grown on foodstuffs.

From RTÉ Radio 1's Countrywide in 2014, John Flaherty on the stories of quacks, vets and piseogs he's discovered during his research into the history of veterinary practice in Ireland

Long before the active chemical salicylic acid was discovered, willow bark was chewed to treat headache. Buttermilk and butter were soothing in the treatment of scalds and burns. Fresh cabbage leaves in poultices and skin applications could also provide relief.

Forge water, rich in salts and iron, was often used in cures. Treatment for a cold involved whiskey, butter, sugar and milk mixed together and served warm. The wide availability of bread soda and Epsom salts in the 19th century became common ingredients used for common stomach upsets and soothing aching muscles.

READ: Snails, bacon and prayer: how our ancestors dealt with warts

Other cures were more outlandish. One cure for thrush was to drink the milk a weasel had drunk from. The linen that had been used to wrap a corpse was considered curative for toothache. The ends of candles that had been used at wakes were saved for treating burns. Sheep droppings boiled in milk were used as a cure for whooping cough, and other ailments, in some parts of the country.

Many such homespun cures persist to this day. I queasily recall my late mother drinking milk that had been boiled with onions as an old belief in the family said it would cure a cold! This underscores the fact that folk cures and treatments are still used in Ireland to this day and many who use them do so alongside conventional medical treatment. There are still healers and, while the numbers are in sharp decline, people still seek out their cures to this day. 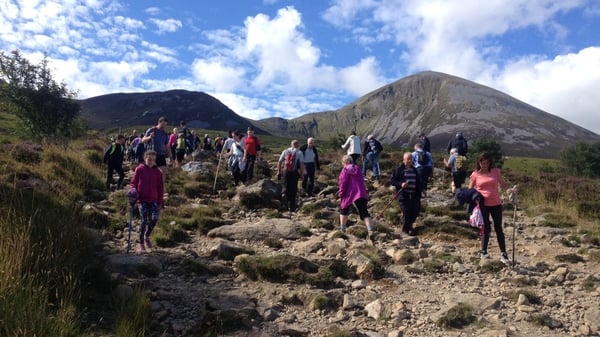