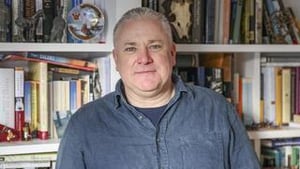 Opinion: Russia's invasion of Ukraine has had a massive global effect, something which has major ramifications for Ireland's defence strategy

It would be true to say that there has been a vast shift in global strategic terms since February 24th. Right now, the main Russian effort seems to be to be focused on the encirclement of Severodonetsk and Lysychansk, while smaller actions continue throughout eastern and southern Ukraine.

It is no exaggeration to state that the last couple of weeks have been disastrous for the Russians. They have suffered setbacks at sea (despite the fact that Ukraine has no significant naval assets) and on land, notably with the failed river crossing operation on the Siversky Donets River.

From RTÉ News, Ukraine repels Russia's attempt to cross a river in the Donbas region

But despite all of this, it could be argued that Russia's invasion has had a strategic effect. The war has devasted Ukraine and displaced millions of Ukrainians. This weaponisation of the refugee crisis has had a major humanitarian impact and has created social, political and economic pressure across Europe. We have seen some countries, particularly Germany, make a drastic U-turn with respect to future defence expenditure plans. Various agencies are trying to assess the long-term impact in terms of energy supplies and food, with India announcing restrictions on food exports during the week.

In defence terms, the most dramatic recent event was the announcement by Finland and Sweden that they intend to join NATO. Both have a long history of neutrality - going back two centuries in Sweden's case. Despite the operational difficulties Russia face, their activity has created significant strategic effect which has highlighted faultlines within both the EU and NATO. In the global sense, China is the significant net beneficiary right now, as the current war in Ukraine seems set to preoccupy US and European defence planners for some time to come.

From RTÉ Radio 1's Today With Claire Byrne, Dr Peter Alexander, Senior Lecturer in Global Food Security at the University of Edinburgh, on the specific causes of food price hikes and shortages

What are the ramifications of this for Ireland? The recent report of the Commission on the Defence Forces cast a cold light on key problems including a problematic leadership culture, issues with recruitment and retention, crumbling infrastructure and, ultimately, the lack of any significant capacity to organise a viable defence of the island. Apart from suffering from decades of neglect and under-spending, the defence of Ireland has also suffered from both the Government and Irish public clinging to some long-held misconceptions.

The first among these is the belief that a statement of neutrality is, in some way, a defence in itself. This is an historically illiterate viewpoint. The list of countries that tried to adopt a neutral stance during World War II is a long one and includes traditionally neutral countries such as Belgium, the Netherlands and Finland, all of which were invaded during WW2 by either Germany or Russia. History shows that neutrality is simply no defence in the face of military aggression and the three countries above took care to defend themselves post-WW2 by either joining NATO or by developing their military capacity while remaining unaligned.

There is also a belief within Ireland that we have no strategic value as we're perched on the edge of Europe and have nothing worth attacking. This no longer holds true. Ireland has embraced the forces of globalisation and is now host to significant cyber infrastructure and data facilities. Within that, there lies vulnerability as these facilities are of value to countries across Europe and could be targeted in any future conflict.

From RTÉ Radio 1's Morning Ireland, Lieutenant General Seán Clancy, Chief of Staff of the Defence Forces, discusses the independent commission's report into how it operates

A further long-held belief is that other forces (the US, the UK or NATO powers) would come to Ireland's aid if we were attacked. This conceit manages to be both cynical and quaint at the same time. Just consider that proposition logically. Do we truly expect other countries to put their service men and women at risk to defend Ireland when we have not bothered to invest in our own defence? Consider also how stretched defence capacity is across Europe at the moment. No country has the spare capacity to send for our defence.

This is a ludicrous concept by any criteria. One could see a situation developing where UK or NATO forces might deploy to Ireland to oppose an attack on the Western flank of NATO. But this would not be defending Ireland; this would be fighting the war in Ireland. It is unlikely that the Irish people would fare well if the country was turned into a battlespace in that context.

Despite the promise of further Government expenditure on defence, it is difficult to see where one would begin given the shortcomings in capacity. There have been calls for more ships for the rebranded Irish Navy, but what type should they be? Our current flotilla has no anti-submarine sonar capacity, even though there has been sinister submarine activity in Irish waters in recent years.

From RTÉ Radio 1's Miorning Ireland in 2015, British Ministry of Defence confirms its submarine damaged an Irish fishing boat in a near-fatal incident

Our Air Corps has no military grade radar, let alone aircraft capable of intercepting anyone intruding into Irish airspace. Taking the sonar and radar issues alone, this means that in these two key areas, Ireland operates with pre-WW2 levels of technology.

In recent weeks, various voices have called for more personnel, more air defence capability, a reformed and enlarged reserve force, a more capable Civil Defence organisation and, of course, the maintenance infrastructure and training facilities to match any new procurement of major weapons programmes. In truth, all of these suggestions are correct, but the big question is what to prioritise? Having failed to invest at any level, we are now in a position that we need pretty much everything, not to mention enhanced cyber defence and intelligence structures.

Yes, much needs to be done. but a more realistic defence environment might be arrived at with investment and focus. It will take money and time. While the money might be hard to find, time will be the crucial factor.

There will have also have to be a genuine national discussion on this issue. Within this, the key point will probably be the neutrality issue. Some countries, Austria for example, have navigated the neutral space successfully by developing their own independent defence capabilities. Given Ireland’s location and size, remaining unaligned will be quite difficult, but not impossible. Ireland could remain neutral, but it cannot remain undefended in the modern security environment. 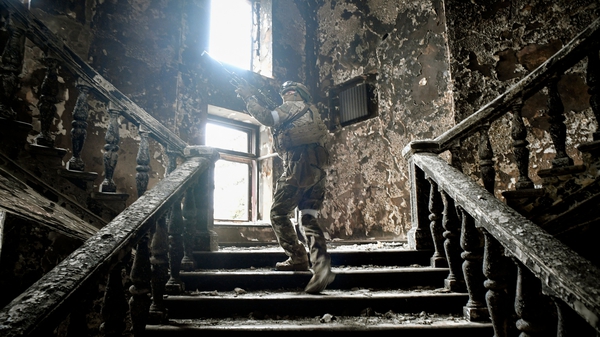 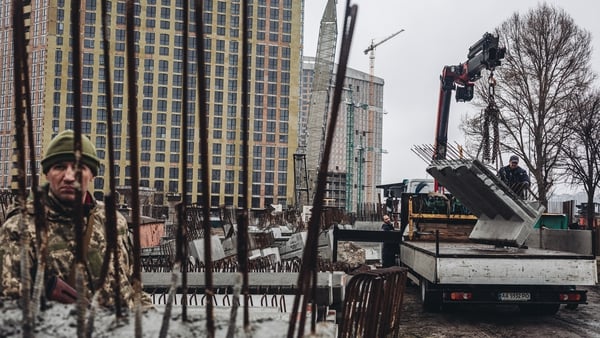 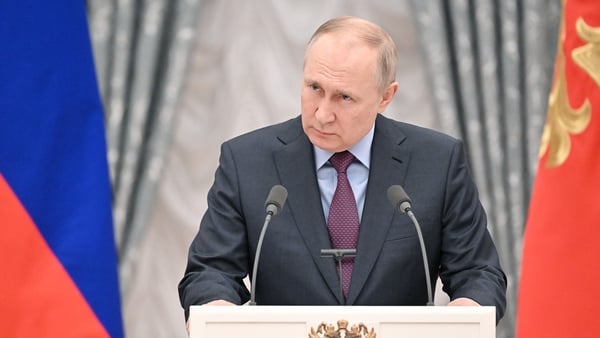