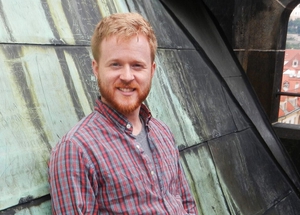 Opinion: people's lives are increasingly affected by the actions of a few ego-driven, unaccountable men

The idea that modern society is propelled by complex systems is quite popular. Indeed, the classic conspiracy narrative that a broad network of actors is hatching an evil scheme to disenfranchise average people proves the reach of systems thinking. Similar lines of thought (though not conspiratorial) are also common in academia. Systems theory, a popular approach in sociology and psychology, holds that people's abilities to make decisions are bound by a web of existing social structures and relationships. In this view, an individual’s ability to shape their life path is inherently limited.

Though it is true that our sociotechnical world is complex and is becoming more so, focusing only on how systems shape human lives glosses over the reality that a few individuals (mostly male tech leaders) still hold incredible power to single-handedly shape our world. Take Elon Musk and his impending takeover of Twitter. The billionaire's approach could have been taken from a medieval playbook: a ruler covets land in another kingdom and uses his vast army and material resources (in this case, $44.4 billion) to steamroll the opposition and take what he wants.

Unfortunately, the jewel in the crown in this case was not territory, but a communication platform used by millions of people worldwide. The chilling reality is that Musk will soon have the power to dictate how people worldwide communicate. Given his impetuous leadership style, it is not unreasonable to think Musk might, on a whim, make important changes to the platform based solely on his own ideologies and biases. Thus, Musk’s Divine Right to rule Twitter may make him more powerful than any previous, king, pope, or emperor—complex systems be damned.

But Elon Musk is just one example of this phenomenon. Putin's invasion of Ukraine and the digital disinformation campaign that preceded it, as well as Mark Zuckerberg's vision for everyone to live as avatars in the Metaverse are also glaring examples of how people's lives are increasingly affected by the actions of a few ego-driven, unaccountable men.

From RTÉ Radio 1's Brendan O'Connor Show, author and techno-philosopher David J Chalmers on the Metaverse and why he believes we may already be living in a computer simulation

The primary reason society has failed to foresee the high-tech dictatorships of the 21st century is our Enlightenment heritage. The Enlightenment project is a school of thought that emerged in 18th century Europe and aimed to improve society through human rationality. Its followers believed that the vices that had plagued humanity, such as greed and power lust, could be tamed through constitutions, the rule of law and democracy. It was hoped these institutions would relegate ego-driven power grabs to history books and forever transfer power from the few to the many.

The Enlightening provided a convincing narrative. Even 200 years on, John Perry Barlow projected this utopianism onto the early internet, calling it a space "naturally independent of tyrannies." As should now be evident, the web did not completely fulfil these egalitarian predictions.

If the questionable human tendencies the Enlightenment sought to dispel are here to stay, can anything can be done to ensure emerging tech doesn’t continue to serve a few power-hungry individuals? Actually yes, there is plenty.

From RTÉ Radio 1's Today With Claire Byrne, Adrian Weckler from the Irish Independent and Finn McRedmond from The Irish Times profile Time's Man of the Year 2021, Elon Musk

We should first dispel the myth that individual actions are inherently less important in a sociotechnical society. Acknowledging that single people can and do change the course of history challenges nihilistic thinking such as 'what can we do anyway? The world is too complex.' It also encourages the clarity needed to recognise that a man like Musk, amassing unrivaled control over how millions of people communicate, is indeed a problem.

Governments must enact more robust corporate anti-trust, ownership, and transparency policies. One of the reasons men like Musk and Zuckerberg have been able to build their almost unimaginable fortunes is due to predatory business models that have gone unchallenged. Both the EU and the US are exploring anti-trust actions against big tech firms and especially social media platforms. These are welcome steps that will stem egregious concentrations of wealth and power, but more action is needed.

Today's tech structures are not so complex that they cannot change for the better.

Users must be willing to take a stand when they do not agree with a tech company’s practices. Musk’s ownership of Twitter will no doubt lead many to re-think their allegiance to the platform and perhaps withdraw altogether. It is important to remember that tech firms are in it for the money. If enough of their clients express dissatisfaction with the company’s leadership structure, moderation protocols, or algorithmic standards, those practices will almost certainly change to protect the business model.

Just as tech moguls play outsized roles in influencing today’s complex societal systems, so too can individuals dedicated to a more equitable digital sphere. Single legislators, activists and users can start the ball rolling. The most important point to remember is the status quo is not inevitable: today’s tech structures are not so complex that they cannot change for the better. 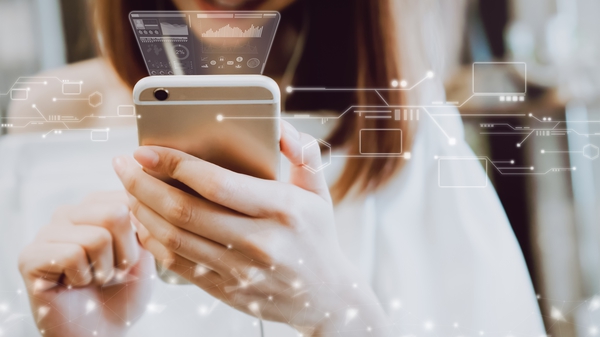 How false beliefs about technology cause so much anxiety