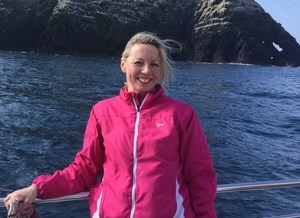 Opinion: precarious contracts and working conditions in the sector have a massive impact on the quality of education on offer

While you might imagine insecure, precarious work conditions to be the hallmark of sectors such as hospitality, care or farm labourers, it sadly extends way beyond that. Over 40% of the employees in the Irish higher level education sector, for example, are currently employed on temporary, short-term or part-time contracts, otherwise referred to as precarious contracts. Despite being highly qualified, some academics have to supplement their income with social welfare, surviving on wages that fall well below the average industrial wage, and are sometimes scarcely above minimum wage.

Precarity is defined as 'a state of existence in which material provision and psychological wellness are adversely affected by a lack of regular or secure income'. This has a devastating impact on the morale, health and wellbeing of a highly qualified, specialised and educated workforce.

From RTÉ Radio 1's Morning Ireland in 2017, sociologist Arne Kalleberg on why precarious working is an increasing problem in many countries

The blight of precarity erodes the liberal values on which the Irish university system is founded. The market model of education, driven by a neo-liberal view of education, has systematically undermined the sector. A liberal higher education is publicly supported to the benefit of all, ultimately bringing about greater equity and equality within society.

But a divisive two-tier system has developed within the third level education sector over the last 20 years, one which is refleced across society as a whole. This has followed the adoption of a neo-liberal model of funding and distribution of funding, where savings are made at the expense of more vulnerable workers.

'John' is one of many cases I am familiar with. He estimates he has invested around €400,000 on his higher education, earning an honours degree, masters and doctorate. He is a highly qualified, experienced researcher with more than 20 years research experience behind him. During his post-doctoral and early researcher career, he gained valuable research experience in the European and UK higher education sectors.

From RTÉ Radio 1's Morning Ireland in 2017, interview with Lisa Wilson from the Nevin Economic Insitute and one of the main authors of the Insecure and Uncertain: Precarious Work in the Republic of Ireland and Northern Ireland report

But John's contracts are set up not to be continuous. Effectively, he is caught in a limbo-loophole where the institutions have no responsibility towards him, but can renew his contracts on an ad hoc basis all the time. This puts John in a very vulnerable place, where is he unable to fight his corner in fear of being let go.

Another example is 'Anna', who is on an one-day-a-week contract of indefinite duration. However, the time which goes into preparing lectures, coordinating courses and related administration does not appear to count.

This is totally unacceptable in 2022, but still appears to be the norm in most Irish higher education institutions

Unions are tired of fighting similar cases, as no precarity case appears to set a precedent, so every case is treated as if it were a new, individual, standalone case. This is both costly and time consuming. It appears as if the law, which is designed to protect the vulnerable, is fundamentally flawed, and flouted with little or no consideration for those it impacts most.

Precarity has effectively led to a two-tier system. The upper tier are tenured, secure, well-paid and mostly male, while the lower precarious tier tends to impact more negatively on women and ethnic minority groups. The statistics indicate a significant gender divide in favour of men in relation to promotional opportunities, as well as a significant gender-related pay and promotional gap.

This is totally unacceptable in 2022, but still appears to be the norm in most Irish higher education institutions. This perennial gender inequality issue is something which Minister for Further and Higher Education, Research, Innovation and Science Simon Harris has not yet addressed, though he has initiated a review.

We have often heard that the solution to precarity is 'mobility'. However, mobility favours younger academics or researchers. Mobility or moving between institutions, or even into industry, tends only to work in bigger cities and for younger researchers, who are not at the point of settling down, purchasing a house or having a family.

Precarious, low and insecure working contracts means little or no chance of securing a mortgage. Their vulnerable status has been further exasperated by the current cost of living inflation crisis. A considerable proportion of third level workers on precarious contracts are thus being pushed into poverty despite the promise of better living conditions arising from obtaining higher educational qualifications.

All of this goes hand in hand with the persistent lack of government investment in higher education in the past 10 years. Parents are paying high registration fees to secure their child's education, but that child may be taught by postgraduate students, newly qualified staff or those on precarious contracts and living in perpetual financial insecurity.

In the era of liberal education, third level students had a better chance of being taught by experienced, tenured staff such as professors, with decades of accumulated knowledge and research expertise to be shared with future generations of professionals. However, that teaching responsibility is now largely passed onto part-time lecturers, postgraduate students or early career researchers engaged in teaching as part of a precarious contract. This impacts on the quality of education at every level. Maybe this goes some way to explain why Irish institutions have fallen in international rankings of top universities globally?

But it is no surprise that the cancer of precarity has taken root in the third level system. It is symptomatic of the persistent lack of government third level investment in people, contrary to OECD recommendations. Currently, Ireland is one of the European states with the least per capita investment in its third level system. This is surprising given the Irish economy’s reliance on research, innovation and a highly skilled workforce for the current economy and society to thrive.

A report commissioned by former UCC president Patrick O'Shea demonstrated that every €1 invested in the third level sector yielded a €6 return. This excellent return on investment begs the question why the Government is utterly failing to invest in its own future within the global economy. It makes no sense.

Instead, nearly half the higher education sector are as poor as church mice, trying to survive on precarious contracts. It’s time the minister began to invest a bigger share of the economic pie in people to eliminate precarity and secure the livelihoods of those who have worked so hard to better themselves and others. They deserve so much more than just crumbs. 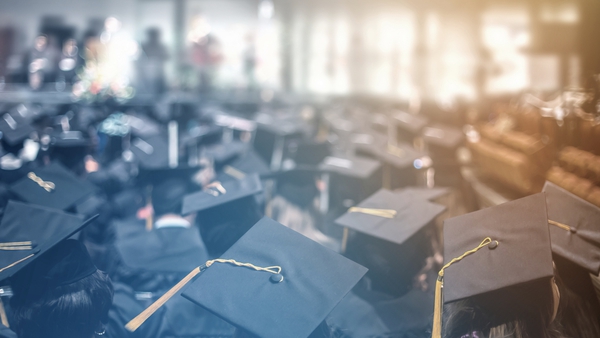 How will Brexit impact on Irish universities?