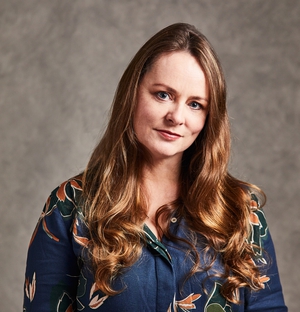 Analysis: the archive gives a unique insight into the last 130 years or more of the history of the island of Ireland

In 2018, NUI Galway became custodian of the extensive archives of Conradh na Gaeilge (The Gaelic League), one of Ireland's oldest Irish language organisations. Over 600 boxes of material were deposited, making it one of the largest collections ever to be donated to the university. The task of processing and cataloguing the material is now complete and the archive was officially launched last month at Conradh na Gaeilge’s Ard-Fheis in Galway.

Conradh na Gaeilge was founded in 1893 to promote Irish language and culture in Ireland and abroad and became the main organisation to spearhead the Irish language revival. Its existence has subsequently coincided and overlapped with the revolutionary years leading up to and including the War of Independence, the Civil War and the foundation of the Irish Free State, the early years of both the Republic and Northern Ireland through to the emergence of the Celtic Tiger and beyond. As such the material gives a unique insight into the last 130 years or more of the history of the island of Ireland, with many of its members prominent and active in a wider context.

Unsurprisingly with an archive of this nature a considerable portion covers the organisation itself and its structure and includes administration, finance and promotional material, annual reports, policy documents, publications, minutes, and material from various branches and committees. Above we have some beautiful design ideas for a badge to celebrate the 50th anniversary of the Ard-Craobh (Executive branch) in 1944.

Below, we have a Munster and Leinster Bank cheque made out to Cork lord mayor Terence MacSwiney (Toirdhealbhach Mac Suibhne), dated March 26th 1920 and endorsed by him on the rear. Later that year, he was arrested by the British government and imprisoned in Brixton prison where he died on the October 25th of that year, following 74 days on hunger strike.

Arts and culture are well represented in this rich collection. Material includes that relating to festivals both in Ireland and abroad, music, sport, drama, literature and the running of classes and events such as the annual Seachtain na Gaeilge campaign and Oireachtas competitions. The image below features children dressed in traditional costume for Fleadh na Leanbh (the Children’s Fleadh) at the 1909 Oireachtas.

Sports related items include posters from the GAA club championships in the 1950s and 1960s, flyers with sports terminology in Irish, a programme for Conradh na Gaeilge’s first Annual Athletic and Cycling carnival in 1910 and wrestling and handball programmes. A 1904 photograph of the Navan branch of Conradh na Gaeilge includes what is likely the very first camogie team. Then called "Ladies’ Hurling", as the term "Camogie" did not yet exist, the team were established in 1898, for an exhibition to mark the centenary of the 1798 rebellion.

Correspondence with businesses, Government departments, State bodies and members of the general public can be found throughout the collection and show the use of and attitudes towards the Irish language at various periods. Conradh na Gaeilge were regularly seeking to improve services available to Irish language speakers and to put pressure on the government and businesses to provide them. Here, we see a flyer published by the Health Education Bureau for parents to share with their children before visiting a hospital.

Samples of multilingual packaging from Ireland and elsewhere were collected and used to show that providing bilingual packaging was undeniably possible. The result is a wonderfully nostalgic selection of ephemera, such as milk cartons, lottery tickets, beer mats, a chocolate wrapper and a plastic bag from shoe manufacturer Scholl with the phrase "Ag Siúl le Scholl". The Aer Lingus peanut wrapper, seen here, dates from the early 1980s.

In the latter half of the 20th century, Conradh na Gaeilge was instrumental in community campaigns which led to the creation of Irish language radio and television stations, the enactment of the Official Languages Act and making Irish an official language of the European Union. Here, we have a postcard seeking more Irish language programming for children, which members of the public were encouraged to post in protest. It predates the setting up of Teilifis na Gaeilge, now TG4.

Campaign material in the collection also includes documents relating to prisoners’ rights and civil rights on both sides of the border. An interesting example is this letter from the Northern Ireland Office in response to Conradh na Gaeilge’s request to present UVF prisoners with their Fáinne badges for Irish language proficiency at the Maze prison. Dating from 1978, it is far more cordial than subsequent correspondence during the 1981 Hunger Strikes.

Material from campaigns such as the anti-apartheid movement, the Irish Campaign for Nuclear Disarmament and demonstrations against the Vietnam War can also be found as well as this poster from UNICEF from the 1980s which would not be out of place today.

Over the course of Conradh na Gaeilge’s existence, its staff were (and still are) actively involved in promoting and observing the use of Irish across all aspects of everyday activities. This collection therefore provides an unparalleled insight into linguistic, cultural, social and political aspects of Ireland’s past.

While it’s impossible to give a full picture here of the breath and richness of this collection, the selection above should give at least a flavour of what can be found in this amazing archive. It seems fitting to finish with a children’s puzzle from the 1990s for Seachtain na Gaeilge, which celebrates its 120th anniversary this month.