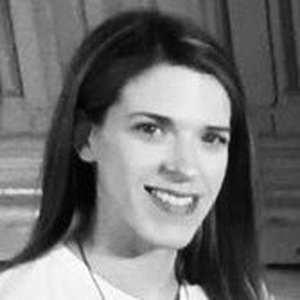 Analysis: the pandemic has highlighted the importance of trust in institutions for effective governance, especially in times of crisis

After a successful handling of the first wave of Covid-19 last year and an uneventful summer, the Greek government has found itself facing public defiance, ranging from mask loathing to equally serious vaccine scepticism. Of course, Greece is not the only European country where vaccinations and Covid-19 measures have been met with resistance.

But with the exception of some Eastern European countries, It has the worst uptake of jabs in the bloc. Full vaccination among adults in Greece now stands at only 69.1%, well below the EU/EEA average of 74.4%. This comes in spite of a surprisingly well-organised inoculation programme, which has allowed citizens to choose their appointment date and time, vaccination centre and even the vaccine type and maker.

Covid-related deaths in Greece remain high, with a 7-day rolling average of around 30. The government has ruled out the possibility of another nationwide lockdown calling the situation "the pandemic of the unvaccinated". However, the strain in hospitals suggest that a significant return to normality is still very unclear.

This stands in stark contrast to the situation in Ireland, where almost 92% of the adult population is fully vaccinated. Ireland's Covid-19 response has also sent it to the top spot of the latest Bloomberg Covid Resilience Ranking. Taoiseach Micheál Martin praised the high vaccine uptake in the country, now the best in Europe, and the Irish people's "trust in science". Similarly, Professor Brian MacCraith, chair of the high-level task force on Covid-19 vaccination, attributed the remarkable vaccination rates in Ireland to an educated population who trusted science and the high-quality information made available to the public across the Irish news media.

The pandemic has highlighted the importance of public trust in institutions as a prerequisite for effective governance, especially in times of crisis. But it has also highlighted the value of journalism in democratic societies, with trustworthiness and reliability seen as the cornerstone of a well-functioning press in an age of widespread misinformation.

Forbes found a statistically significant correlation between vaccine uptake and trust in the European institutions, with high-trust European countries showing higher vaccination rates than low-trust ones. Previous research has also identified institutional trust as a determinant of vaccine hesitancy. For example, a conceptual model linked individual decision-making about vaccination in Canada to a number of socioeconomic and cognitive factors and the trust placed on the vaccine delivery system. This system includes policymakers and vaccination programmes, health professionals, and the media.

It's clear that the misinformation circulating in both traditional and social media can drive vaccine resistance. In western democracies, journalism should act as a trust provider and facilitate the relationship between the public and other institutions, such as the political system, science, and the economy. Scholars argue that trust in democracy suffers in countries where the "electorate is not well and fairly informed". Research also shows that distrust in news media can even erode the idea of the public itself.

Research shows that the link beween trust in news and trust in the political system is stronger in politically polarised societies and perhaps driven by anti-elitist sentiments. This is particularly true in Greece, where political polarisation is mirrored in an equally polarised media landscape. In contrast to Ireland, where trust in the news is relatively high (at 53% according to the latest Reuters Institute Digital News Report), the Greek news outlets suffer from persistently low levels of trust (32%).

During the pandemic, trusted Irish news media, such as RTÉ and The Irish Times, have provided the public with factual journalism, strengthening their position as reliable news sources. On the other hand, legacy news organisations in Greece largely failed to reclaim their prominence as trustworthy news providers, with audiences turning to social media for their news consumption. This has led to a rapid and far-reaching proliferation of fake news and misinformation regarding Covid-19. The situation is exacerbated by the sensationalised and often irresponsible pandemic coverage on Greek television, where controversial public figures have been allowed, or even encouraged, to express pseudo-scientific and anti-vaccine opinions.

To make matters worse, the Greek government distributed €20m to 1,232 news outlets during the first wave of Covid-19 to promote a "stay at home" awareness campaign. The decision to help news organisations with state funds was heavily criticised due to a lack of transparency over the criteria used to allocate the money. Although this move possibly intensified public distrust in Greek journalism, it was only a manifestation of a profoundly problematic media landscape widely regarded as dependent on political and business interests.

Despite differences between countries, the 2021 Edelman Trust Barometer revealed that media remains the least trusted institution globally, with confidence in traditional media shrinking by 8 percentage points at 53%. This downward trend is concerning, especially in a time when reliable and trustworthy information is vital for pandemic recovery efforts.

But it's not all bad news for journalism. A recent study on journalism trust in Germany suggests that news outlets can increase their trustworthiness by improving the transparency of their products and processes. The researchers found that news audiences particularly value strategies related to content transparency, such as fact-checkers, as well as strategies that allow them to participate in the selection and the research process of topics.

The pandemic proved that it is in the best interests of both governments and news organisations to be transparent and open. News outlets that create positive brand associations through quality and trustworthy journalism can perhaps attract more subscriptions and an increased audience interest to pay for news. They will then be less vulnerable to political interference, and the public will be less inclined to believe fake news. In this sense, the pandemic presented a golden opportunity for quality journalism to act as a catalyst for public trust and a vehicle for informed citizens.

Irene Psychari is a PhD candidate in the School of Communications at DCU. She is an Irish Research Council awardee