Analysis: the creative model for the blockbuster Irish dance show was partly forged by a collaboration with a Kerry dance company

President Mary Robinson used her inauguration in 1990 to invite the citizens of Ireland to come dance with her and usher in a new Ireland. Four years later, the interval act at the 1994 Eurovision Song Contest transformed the way we think about dancing in Ireland. According to choreographer Fearghus Ó Chonchúir, Riverdance registered a shift from the rurality of an older folk tradition to a globalised urbanity. While there is a consensus 26 years on that Riverdance signalled an epic break with tradition, the creative model for the show was developed in a collaboration with dancers working within the distinctive traditions of flamenco in Spain and folk dance in Ireland.

In 1992, the Department of the Taoiseach, which governed arts and culture at the time, commissioned Bill Whelan to compose original music for Expo '92. After discussing the project with Denis Rafter of the Department and Liam Miller of RTÉ, they agreed that Bill Whelan would write a full length orchestral composition for performance in Seville. Whelan asked María Pagés, who founded a Flamenco company in 1990, and Pat Ahern, who founded a folk theatre movement in the 1960s, to choreograph a dance performance for the closing sequence. The Seville Suite received its premiere in Dublin in March before moving to Seville for the Irish National Day in October.

Pagés danced opposite Michael Murphy, one of four dancers who joined Ahern's company, Siamsa Tire, when it went professional in 1985. Proinnsías Ó Duinn conducted the RTE Concert Orchestra, which included 'traditional’ Irish and Galician musicians. Writing in Irish Arts Review, Kate Robinson said it was "a brilliant piece of choreography … in which Flamenco dancing meshed with the Irish [step dance], emphasising both the similarities and the differences between the two styles."

Two years later, Whelan further developed the rhythms of Irish and Spanish music after Moya Doherty asked him to compose the interval act for the Eurovision Song Contest, but he concentrated on the Irish tradition as danced by Jean Butler and Michael Flatley. Whelan had already experimented with a combination of Irish music and dance, when he and Dónal Lunny wrote "Timedance" for the interval act of the 1981 Eurovision Song Contest in Dublin. Ann Courtney, of Dublin City Ballet, choreographed the piece.

Writing in The Sunday Times, Mick Heaney traced the origin of Riverdance to Timedance. He incorrectly described how Timedance "began with traditional airs before moving on to a fully orchestrated version of Lunny's Ballymun Regatta [while] ballet dancers bounded across the stage." It was, he wrote, a bizarre performance that signalled a departure by Lunny and others from the distinctive local flavour of traditional music to a commodified and cod-mystical Celticism under the pretext of pushing the boundaries of Irish folk music.

Timedance from the 1981 Eurovision Song Contest

It was an appalling vista for musicians like Séamus Tansey, the Sligo flute player. James Flannery, who came to the defence of Whelan's work in the New Hibernia Review, quoted Tansey’s rejection of "the mongrelisation, the bastardisation, the cross-pollination, the copulation of our ancient traditional music." But Tansey missed the fact that experimentation and cross-pollination had long been a feature of the revival of folk music in Ireland.

Ruth Fleischmann’s work on the folk-ballet collaborations of Joan Denise Moriarty and Seán Ó Riada – one aptly titled The Devil To Pay (1962) - points to a possible source of the ballet element of Timedance. That is beyond the scope of this article, but the switch from ballet to folk dance – flamenco and Irish step – in The Seville Suite opened the way to Riverdance.

Meanwhile, Ahern was acting as a cultural ambassador for then Taoiseach Charles Haughey whose department commissioned The Seville Suite against a backdrop of the ratification of the Maastricht treaty. Richard Maddox explained how the organisers of Expo ‘92 requested governments to replace nationalistic or ethnocentric displays with ‘interchanges that bring divergent traditions and practices into active relationships with one another.’ Whelan had already invited Pagés to perform and he turned to Ahern for a complementary performance from the Irish dance tradition.

From RTÉ Archives, Peter McNiff reports for RTÉ News on a pageant organised by Fr Pat Ahern in Knocknagoshel, Co Kerry in 1988 involving the whole village

Ahern began experimenting with pageants after he became a curate in Tralee in 1957. This led to experiments in folk theatre involving dancers Liam Tarrant (a pupil of the legendary dance master Jerry "Munnix" Molyneaux), Patricia Hanafin and Jimmy Smith, singers Eileen Shanahan and Seán Ahern, and musicians from the Brosna Céilí Band. Their first project involved a choral arrangement of a traditional work song that was wedded to a jig and choregraphed to the rhythm of working a butter churn.

These experiments came to the attention of RTÉ and the movement quickly gained momentum as Siamsóirí na Ríochta, which was incorporated as Siamsa Tíre, The National Folk Theatre of Ireland in 1974 in preparation for a seven-city tour of the US. The company opened training centres in North and West Kerry in 1974 and 1975. The aim was to keep its work grounded in rural traditions and the Irish language.

Dermod McCarthy filmed the development in Finuge for Radharc Films (Bimís Ag Rince 1975) and local film makers Paul Kennelly and John Lynch documented the opening of the centre. Lynch also documented a fleadh in Listowel in 1974 and his 16mm films show a folk theatre movement that was enmeshed in an emerging 'trad' scene.

From RTÉ Archives, RTÉ News report on the Fleadh Cheoil in Listowel, Co Kerry in August 1978

In 1986, the company performed for Haughey during a state visit by Australian Premier Bob Hawke and, shortly afterwards, Haughey guaranteed £600,000 in National Lottery funding for a new £1.6m theatre in Tralee, which he opened on May 31st 1991. Ahern presented his masterpiece Ding Dong Dedero – Forging the Dance on the occasion. It is an autobiography in dance, song and music that is framed as a tribute to the dance masters of North Kerry. It was a landmark event and Bibi Baskin’s documentary of the event captures the excitement generated by the show. The Seville Suite opened in Dublin eleven months later.

Riverdance may look like a sea change in the idea of being Irish: a switch from an old folk tradition to an in-your-face confidence on a global stage and a row between reactionary and progressive forces in Ireland. But that doesn't tally with the fact that Whelan regards the first collaboration with Pat Ahern as one of the essential inspirations for what ultimately became Riverdance

* This piece was updated in January 2021 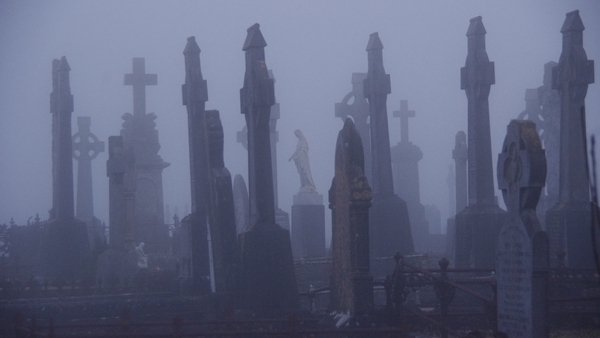 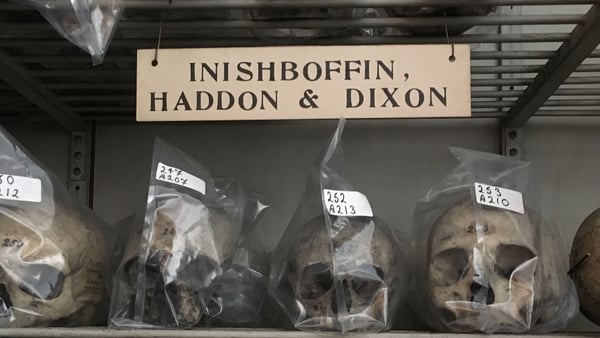 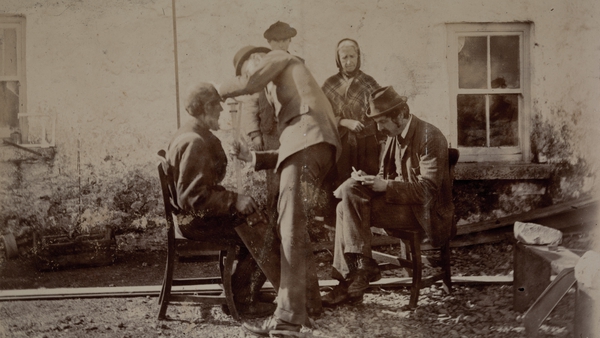 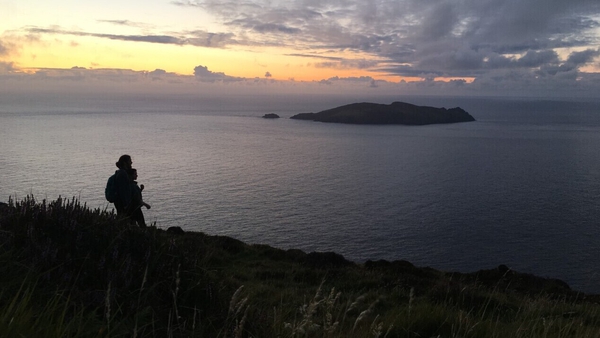