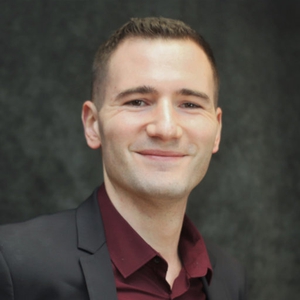 Opinion: despite the US president's grotesque performance during the pandemic, his partisan base won’t falter when it comes to supporting him

Speculations about Donald Trump’s unravelling chances of re-election in November have been flourishing since the start of the coronavirus crisis. Some even claimed that "the Trump presidency is over". Of course, this view presupposes a gradual hollowing out of Trump’s fan base, but political scientist and columnist Cas Mudde provocatively warned "don’t bet on it" in response to the above.

As an expert of far-right populism, Mudde convincingly argued that Trump will likely attempt to "change the conversation" and shift the blame on a designated other such as China or the Democrats. From the Mueller report to his historical impeachment, he’s dodged all the balls. But with the sheer magnitude of the pandemic, history comes back knocking. Will his supporters fall for his tactics this time? Spoiler: they will!

By our standards, Trump’s grotesque handling of the pandemic, blatant lack of statesmanship and harmful medical claims should herald a humiliating defeat at the next elections. But evaluations of the president’s performance in polarized America are intrinsically influenced by one’s political identity and, unsurprisingly, Republicans’ support appears unshakably high.

From RTÉ News, Donald Trump's latest briefing gets testy as the US president tries to deflect criticism to China

My research focuses on partisanship, a statistical indicator of voters’ attachment to a party which we measure by asking voters their political affiliation and the strength of that attachment. In the words of political scientist Lilliana Mason, "a partisan behaves more like a sports fan than like a banker choosing an investment", and this deep-seated nature of partisanship in the US partly explains the remarkable credulity displayed by Trump’s followers.

Think of two types of sports fans: the diehards and the fair-weather supporters. Diehard fans will brave the cold and torrential rain and their devotion to the team is unconditional and emotional because ultimately, defeat is experienced as a personal failure.

In the United States, research shows that partisanship must be understood in these terms for a growing chunk of the population. It's a deep-rooted social identity, similar to one acquired on the basis of religion or ethnicity. In fact, it is now well established that these multiple identities have coalesced, combined with ideology (liberal vs conservative), and have converged towards an unprecedently strong "we" feeling over time.

From RTÉ's States Of Mind podcast, untangling the complicated US voting web with Rob Richie from FairVote, while Hayden Padgett, chair of Texas Young Republicans, on why absentee ballot voting isn't a partisan problem

It is important to note that ideology is secondary here and is more a label as a coherent expression of policy goals. After all, Trump regularly switches between liberal and conservative stances depending on the issues of the day. But a social identity runs much deeper than that. In the disunited states of America, both sides of the partisan divide are increasingly motivated to take action not only for their team but also staunchly against the other. Social distancing did not arise with Covid-19 - Americans citizens have been practising it for decades.

This self-perpetuating combination of affective ties with the Republicans and visceral hostility against the Democrats has far-reaching consequences, extending to an unwillingness to marry someone from the rival party, or live close-by. The main consequence of this team spirit explains Republicans’ resistance to facts. Diehard partisans view the world and consume political information through a highly distorted, biased lens which Trump, helped by partisan media outlets like Fox News, dishes up on a daily basis. A fascinating example of that biased perception of the world was experimentally found in the context of a simple maths problem which people solved differently depending on their stance on gun control.

A political identity also raises a defence mechanism when faced with an exterior threat so, when criticism intensifies, Republican partisans will be ready. Not only because they believe Trump best serves their interests, but because the Republican party, their home team, constitutes a substantial part of their social world. When Trump tweeted "Liberate Michigan", his supporters in the Democratic state and elsewhere predictably listened, and some diehards even obliged. Unlike a religious identity, political affiliations are not subject to social norms. Partisan behaviour is virtually unbridled. In the partisan’s mind, Trump’s rhetoric is a license to lash out at the enemy.

Finally, there are the fair-weather supporters. Unlike the diehards, their commitment to the team is weaker and inherently unstable and they will turn up at matches when the conditions are optimal. Due to their weaker attachment, they are not insensitive to Trump’s blunders, their credulity is more limited and their animosity towards the Democrats is less expressive. It is therefore plausible that their evaluations of Trump’s performance will determine their level engagement in the campaign and their propensity to vote. Trump knows this and, with a looming economic crisis, he will ramp up his blame-game strategy to stimulate the fair-weather supporters.

In western Europe, we haven’t seen this partisan fervour since the 1950s when socialism guided most political contestations and garnered huge mobilisation. While the continued support of Republican partisans for a chaotic presidency appears baffling to us disenchanted Europeans, viewing partisanship as a social identity brings into sharp focus the devotion Trump can expect from his base. Let’s be clear on that, they will be his last line of defence. By all accounts, the presidential campaign promises to be titanic; post-crisis policy-making problematic; partisan politics hopelessly polarised. To Peter Wehner’s wishful claim that Americans will finally see "the con man behind the curtain", I say: nope, not all of them will.