Opinion: the next Irish government programme may well include an emphasis on the Irish unity agenda and UK constitutional change

Ireland last went to the polls in February 2016, just a few short months before the UK voted to leave the EU in June 2016. Four years later, Irish voters will again return to the polls. By the time the general election campaign enters its final week in early February 2020, the UK will have already formally left the European Union (EU).

For much of the period between these two general elections, the Irish political system has been overtly focused on Brexit and its feared political, economic and constitutional fall-out for the state, the island, British-Irish relations and Ireland’s position in the EU. Indeed, the slow and tortuous achievement of the Withdrawal Agreement explains why the Irish general election has not happened before now. In announcing his intention to ask the President to dissolve Dáil Éireann, Taoiseach Leo Varadkar referenced Brexit and indicated that the recent House of Commons vote in support of the Withdrawal Agreement created the kind of stability which meant that the time was now right to call an election.

Unlike the UK, Brexit is not a marker of division and discord in Ireland. Instead, there is a consensus across the political spectrum which regrets, but respects, the UK’s decision to leave the EU. This is coupled with an agenda, broadly shared by all Irish political parties, which seeks to avoid a hard border on the island of Ireland, maintain the Common Travel Area and, in the longer-term, protect the Irish economy. In other words, there is general agreement across the Irish political spectrum about the principles, strategies and approaches which inform Ireland’s position on Brexit.

Brexit will certainly feature as a talking point during this Irish general election campaign. In particular, the Taoiseach and his Fine Gael party colleagues will seek to capitalise on what is broadly viewed as the government’s responsible and effective approach to Brexit. However, the Taoiseach noted that "Brexit is not done yet – it’s only half-time". In that context, his Fine Gael party claims to be "the right team for Brexit" as the terms of the UK-EU future relationship are thrashed out during the months (or years) after the election.

But given the degree of party political consensus in Ireland on the issue, it is unlikely that framing Brexit in this way will substantially mobilise voters or prove to be a clever vote-winning formula. Brexit is not simply about the technicalities of the UK exit from the EU and it has also stirred discussion of constitutional change. Induced and influenced by the very fact of the UK’s departure from the EU, the Irish general election campaign will include discussion of a possible looming constitutional moment.

Sinn Féin will dominate this narrative. The party’s manifesto is likely to propose Irish unity as Ireland’s ultimate solution to Brexit. Calls for a border poll, the creation of an Oireachtas committee on Irish unity and publishing a government green paper are all set to form part of Sinn Féin’s suite of manifesto promises. Other parties, including the two largest political parties, Fianna Fáil and Fine Gael, are far less wedded to the Irish unity agenda believing that the time is not right for a potentially divisive referendum on constitutional change.

From RTÉ 1's Claire Byrne Live in 2017, does the country want a United Ireland and how much would we be prepared to pay to sustain it?

Fianna Fáil party leader Michéal Martin has previously indicated that his party is not preparing for a border poll. "I was very clear at the outset of Brexit", he said, "I wasn’t going to conflate Brexit with unity, and was very against the border poll which Sinn Féin put forward. I’ve been very clear not to mix up a border poll with Brexit’. For Fine Gael, a border poll is viewed with scepticism because it would be ‘defeated and divisive".

Unlike Brexit, the question of a border poll and constitutional change exposes differences between Ireland’s political parties and may become a live election issue. Sinn Féin are sure to push their united Ireland agenda and this will tempt and cajole other parties into responding and engaging. Don’t discount the possibility of a testy and ill-tempered election debate on Brexit-related constitutional change.

For those in Britain who cherish or contest the UK's current constitutional form, the Irish general election campaign and outcome should be closely watched

There are evident consequences here for the UK. Any discussion of constitutional change in Ireland clearly implicates the UK and its union. This will be even more emphatically the case if the election outcome means that Sinn Féin becomes political kingmaker. Other parties, including Fianna Fáil and Fine Gael, are resolute in their commitment not to share power with Sinn Féin. However, this objection may fade if the post-election political arithmetic doesn’t stack up and Sinn Féin support is needed to prop up the next government. The political shunning of Sinn Féin is also less easy to defend in a context where the Northern Ireland Assembly is once again up and running.

Should the political chips fall in this way, the next Irish government programme may well include an emphasis on the Irish unity agenda and UK constitutional change. For all those in Britain who cherish or contest the UK’s current constitutional form, the 2020 Irish general election campaign and outcome should be closely watched. 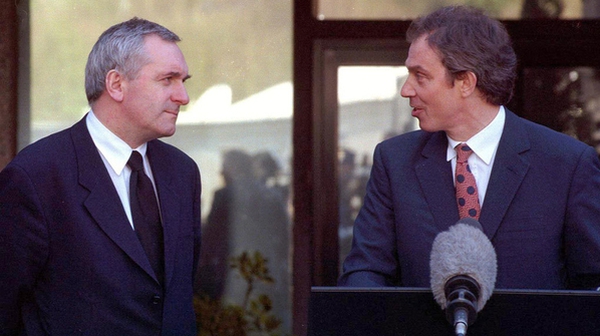